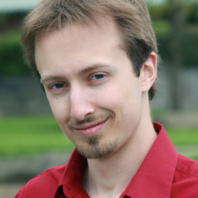 During this last academic year, Greg Philbrook has proudly worked at the Creative Media & Digital Culture Program at Washington State University Vancouver as its Tech and Research Assistant. Recently, he coded the game module of an educational app for the National Parks Service, served as docent for the “Electronic Literature and Its Emerging Forms” exhibit at the Library of Congress, and is currently working on Interactive Technologies for Science Immersion, a project for teaching young students about scientific concepts through digital technology. He graduated from WSUV in spring 2013 with a BA in Digital Technology and Culture and a minor in English. 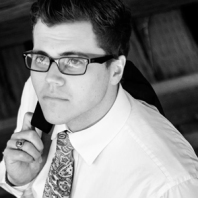 Robert Warner was born in Richmond, Virginia, before embarking on a life of world traveling. Since then, he has lived in several locales in Western Europe, including Sweden, Ireland, Portugal, and the Czech Republic. His most recent project was his Honors Thesis, titled “The City of a Hundred Spires Becomes Digital: Bridging the Digital Divide Through The Use of New Media,” which received Pass with Distinction. As of May 4th, 2013, he is an Honors College graduate, and was named the 2013 DTC Outstanding Senior by the College of Arts and Sciences. 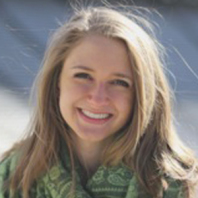 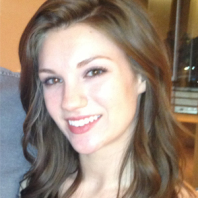 Kendra Alexson was born in Seattle, Washington, in 1991 and has lived in the state the majority of her life. The only exception was the four years she lived in Georgia while her mother was earning her chiropractic degree. Always very talented in math and art, she came to Washington State University with the intention of earning a degree in mathematics with a minor in fine arts. Yet, while taking Fine Art 101 for a general education requirement, she realized her intense interest in that subject. She decided to continue the degree in mathematics with a minor in fine arts and art history, but last year her fascination with the arts motivated her to switch her major completely to art history. She is particularly passionate about ancient Greek bronze sculpture, but also Italian Renaissance marriage paintings and East Indian architecture. She plans to graduate in December 2013 and hopes to intern in Greece, preferably at a museum. With that experience she will then look into graduate schools to continue her education.

Justin Van Elsberg recently graduated magna cum laude from WSU with a BS in Psychology and a BA in Anthropology. He has been working with Dr. Julia Cassaniti in the Anthropology Department since last year and the current article is a result of his work following a two-week trip to Chiang Mai, Thailand, over last winter semester. He will be returning to Chiang Mai this summer to continue working in association with Dr. Cassaniti on the subject of mindfulness. Justin was born and raised in Spokane, Washington, and is of the first generation of his family to graduate with a university degree. This is his first academic publication. 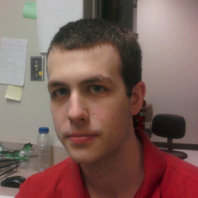 Powell Bagdon will be a senior next year minoring in physics and majoring in chemistry. For the last year and a half he has worked in Professor Ming Xian’s laboratory, where he has made contributions to two papers, “Synthesis and Evaluation of Phosphorodithioate-Based Hydrogen Sulfide Donors” and “Light-induced Hydrogen Sulfide Release from ‘Caged’ gem-Dithiol.” Currently he is working on the design and synthesis of new controllable hydrogen sulfide donors. He has recently been awarded a travel grant to attend the 43rd National Organic Chemistry Symposium at the University of Washington to present his research. After graduation he hopes to attend graduate school and study quantum chemistry or biophysics. 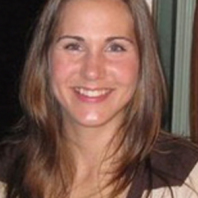 Melissa Knudson is a recent graduate from WSU Vancouver, class of 2013, with a BS in Environmental Science. She is a non-traditional student who returned to school after 10 years as a stay-at-home mom to three wonderful children. Although balancing home life and school was definitely a challenge, she was fortunate to realize her passion for science early in her academic career, and so had no difficulty finding motivation to learn and develop her skills as a scientist. Growing up in the Northwest, she has always been fascinated by Mount St. Helens and was extremely excited to have the opportunity to work with Dr. John Bishop, learning about the mountain and its transformation since the 1980 eruption. Although her undergraduate experience has ended, she is excited to begin a new chapter as a graduate student at WSU Vancouver and plans to continue her work studying ecological succession at Mount St. Helens. 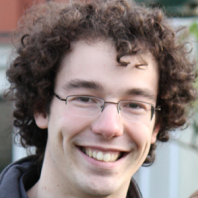 Thomas Sexton is currently an undergraduate in the School of Biological Sciences at Washington State University. He expects to graduate with a degree in biology (botany emphasis) in the spring of 2014. Thomas is originally from Cheney, Washington, where he grew up hunting, hiking, and fishing. While taking an introductory biology course his freshman year, he became interested in the effects that plants have on our environment and conversely the effect that the environment can have on plants, especially in regards to climate change. These interests led him to inquire about research opportunities with Professor Asaph Cousins in the School of Biological Sciences. Dr. Cousins’ research focuses on understanding the mechanisms dictating plant-environment interactions. In the spring of 2012, Thomas began working with graduate students and post-doctoral fellows in Dr. Cousins’ lab. After one year, Thomas began his own experiments measuring photosynthesis in rice to determine temperature limitations to CO2 assimilation. The data presented in this article are preliminary results of this project. Thomas will continue research on this project during the summer and fall of 2013, before graduating. He plans to attend graduate school to pursue a doctorate in the field of botany. 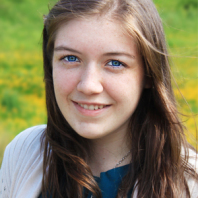 Katherine Martucci, from Western Washington, is a senior double-majoring in neuroscience and psychology. She has been accepted to Washington State University’s College of Veterinary Medicine, matriculating in the fall of 2013 through the Honors College’s early admittance program. Katherine is intensely interested in animal behavior and has been training dogs professionally for nearly 10 years. She currently competes with her own dogs at elite levels in canine agility sports, and gives demonstrations across the state on positive, science-based training techniques. Katherine’s research interests focus on behavior and learning in both humans and animals, and her current research project investigating the cognitive abilities of canines began in the spring of 2012. The canine inference project was made possible by grant funding from the Honors College, the Auvil Scholars Fellowship Program, the College of Arts and Sciences, and the Department of Psychology. 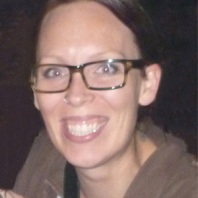 Originally from Everett, Washington, Kendra McGill began study at Washington State University immediately after high school. Unsure what she wanted to do with her life, she left WSU after her sophomore year to work in the software and gaming industry, eventually working her way up in the company and landing a marketing program manager position. She soon realized that what she had thought was the career for her was not where her passion lay, so she decided to finish an AA degree and return to WSU to complete her BA in Anthropology. Since her return to WSU, she has had amazing opportunities to work with anthropology professors on a variety of research projects and internships. This work has not only provided her experience and training in the field, but also helped her to clarify her interests and career goals. After completion of her bachelor’s degree in fall 2013, she plans to begin graduate school to pursue a PhD in anthropology, focusing on bio-archaeology and conflict and violence in prehistoric Ireland, England, and Scotland. Her goal is to remain in academia as an anthropology professor where she can continue her research and teach future generations of anthropologists. 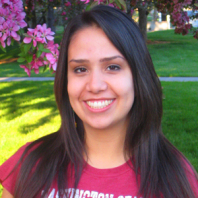 Julia Spaude graduated from Kalama High School in Kalama, Washington, in 2009 and attended Lower Columbia College in Longview, Washington, to attain an AA degree before transferring to WSU Pullman. She is currently pursuing a BS in Psychology and a BA in Social Sciences concentrated in anthropology, comparative ethnic studies, and history, in addition to a minor in business administration. She is President of both Tau Sigma National Honor Society and Psi Chi National Honor Society, Community Service Chair of the Psychology Club, and a mentor for the Native American Student Center for Multicultural Student Services. In her spare time she volunteers for the Read for Life program at the Interfaith House as a tutor for local elementary school students. She plans to attend graduate school after leaving WSU to study socio-cultural change in the context of pro-environmentalism and the movement towards fair trade and widespread adoption of more eco-friendly products and lifestyles in America. Her advisor for this research paper was Dr. Marian Sciachitano, a professor in WSU’s Department of Critical Culture, Gender, and Race Studies specializing in women’s rights issues at the global scale.