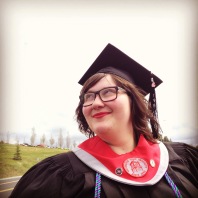 Surrounded by admirers, Shandra graduated from Washington State University in May 2014 with a B.A. in English and a minor in Women’s Studies. She is currently serving with AmeriCorps in Rochester, Washington for the 2014-15 year, where she specializes in making young children laugh however she can and deciphering third-graders’ handwriting. A California expat who grew up in Washington and Texas, Shandra hopes to branch out to new frontiers to attend law school in 2015. Her main goal is to help as many people as she can, and maybe to save the world just a little bit. Her secondary goals include actually reading everything in her personal library, eventually publishing her writing, and learning to make a soufflé. 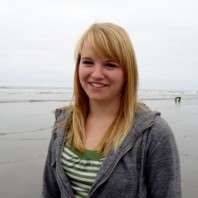 As a recent graduate of Washington State University, Haley is pursuing a career in graphic design and dabbling in some web design. Working through the creative side of technology, earning a B.A. in Digital Technology and Culture with minors in Fine Arts and Communications she is looking forward to a creativity based career. As a native of eastern Washington, she is hoping to branch out and start anew and build upwards on the west side of the state, and possibly across the nation in the future. Her experience working for the University, Honors College, and College Hill | Custom Threads as a graphic designer has helped to make her more marketable for the post-graduation workforce. As long as she is creating something, whether it’s sketching pencil on paper or using a drawing tablet connected to her computer, she will be happy in her field. 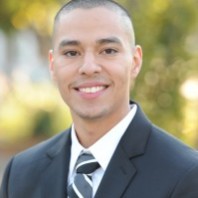 Eduardo Mejia recently graduated from Washington State University in Pullman, Washington, with a B.A. degree in Criminal Justice and minors in Sociology and Political Science. In fall 2013 he will be attending the University of Central Florida pursuing a Master of Science degree in Criminology. Originally from Yakima, Washington, he ultimately hopes to secure a future career in the federal branch of government, in an agency such as the FBI, where he can evaluate programs and policies and improve them so that they less often result in wrongful conviction or unanticipated consequences. His current research interest lies in the area of program and public policy evaluation in the criminal justice system. His research on Drug Recognition Experts (DRE): Impaired Driving and the Prescription Drug Abuse Epidemic Challenge is a part of an ongoing partnership between the Washington State University Division of Governmental Studies and Services (DGSS) and Washington State’s DRE program. He has had the privilege to work with his faculty mentor, Dr. Nicholas Lovrich, a WSU Regents Professor and C.O. and Mary W. Johnson Distinguished Professor of Political Science, who works as a senior research affiliate in DGSS. As a result of his active engagement at the Washington State University Pullman campus, he has received recognition from Student Support Services program as an Outstanding Sophomore. He has also been awarded the Mortar Board as an Outstanding Freshman Scholar, made the President’s Honor Roll, and received the Student of the Year Award from the College Assistant Migrant Program (CAMP).