The rate of reported violent and property crimes in Clark County, Wash., decreased slightly from 2015 to 2016, differing from a slight increase in violent crime nationwide, according to new data from the FBI.

“It’s certainly true in places like Chicago and Detroit, and a couple other places, you’re seeing significant increases in violent crime,” he said. “It’s certainly not a national phenomenon.”

However, violent crime nationwide remains well below rates from the 1980s and early 1990s.

Clark County’s violent crime rate for 2016 is actually about 2 percent higher than in 2006, but the rate of reports per 100,000 people has generally been between 200 and 250, with an overall trend downward. 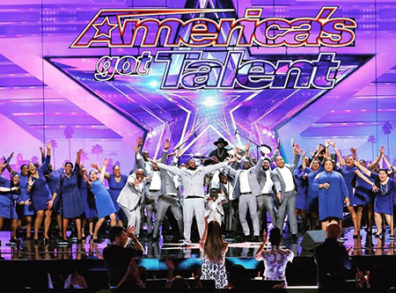 Blakely is part of the 43-member gospel choir Danell Daymon & Greater Works. The choir will participate as part of the live show quarterfinals. Winners who move on to the semifinals are determined by public vote.

While at WSU, Blakey was a member of the WSU Black Student Union and Black Women’s Caucus. During her sophomore year, she became the director of God’s Harmony, a faith-based WSU registered student organization and gospel choir that still performs regularly in the Pullman community.

“My goal was to encourage others to try their best and to build an organization that would last for years after I was gone,” she said.

Do Americans want to use more renewable energy?

Yes they do – regardless of whether they’re Democrats or Republicans, according to new research by Washington State University sociologists.

For some, the battle lines over environmental policy are drawn on religious—not necessarily political—grounds, suggests a new study by sociologists at the University of Nebraska and Washington State University.

The study in the Journal for the Scientific Study of Religion found that religious ideologies are driving opposition to environmental spending. More specifically, evangelical Protestants—usually perceived as the most conservative of Christians—are less likely to support environmental spending based on a literal interpretation of the Bible.

The findings were culled from surveys collected from 1984 to 2012. Study co-author Erik Johnson, WSU associate professor of sociology, looked at three possible causes of evangelicals’ opposition to environmental spending: church attendance, political affiliation and biblical literalism. Only biblical literalism played a significant role across all three decades studied, and when comparing evangelicals to all other religious groups.

The findings may also explain why President Donald Trump felt core supporters would approve of his June 1 action to withdraw the United States from the Paris Climate Accord, despite its favorability to the general public. Evangelical Protestants, who largely supported Trump, tend to disagree.

Three faculty in the College of Arts and Sciences are among the nine junior faculty from across WSU colleges and campuses who received New Faculty Seed Grants to kick-start development of their research, scholarly or creative portfolios.

Grant winners and their projects include:

The Office of Research and Office of the Provost support the annual New Faculty Seed Grants to help junior faculty develop research, scholarly or creative programs that lead to sustained professional development and extramural funding.

Faculty who have been at WSU for less than four years were encouraged to send in proposals. This year, 49 proposals were received. Each proposal underwent a rigorous process that included a primary review by an emphasis area review panel, followed by a secondary review by the Research and Arts Committee.

The nine selected proposals represent the range of scholarly activity taking place at WSU. The total amount of grant funding is $259,280.