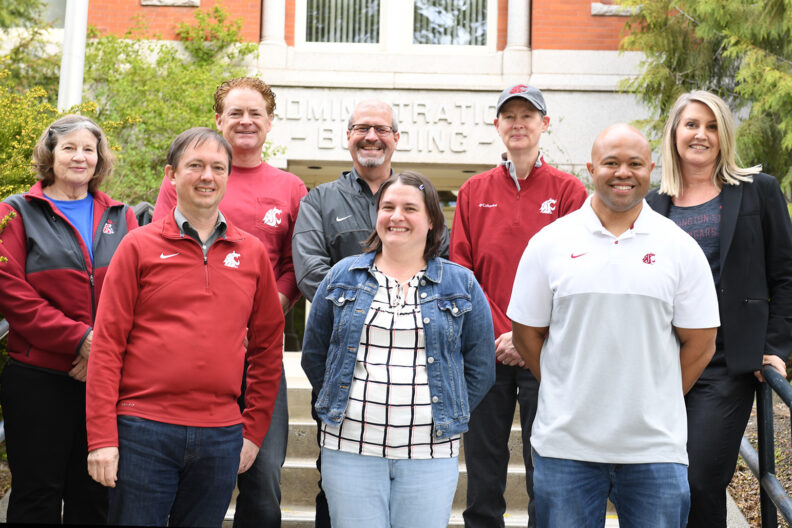 WSU alumni with extensive experience leading business and philanthropic endeavors provide insight on the impact and opportunities made possible by the College of Arts and Sciences.

Darren Alger is the president and CEO of Unify Consulting, a premier management-consulting firm headquartered in Seattle.

He earned his bachelor’s degree from WSU in 1993. Shortly thereafter, he joined Sanyo Energy as a sales and marketing specialist, where he played a key role in driving the growth of the company’s market share in Brazil. In 1998, he joined General Electric Information Services, managing accounts for high-tech and retail clients such as Microsoft, Tektronix, Nike, and Nordstrom. In this position Darren developed a love for data-driven decision-making. Merging his technological expertise and strong relationship-building skills, he joined Two Degrees Consulting to grow their current business which was at 35 consultants. He helped them rebrand to Slalom and rose to co-running Slalom’s P&L and running national business development, taking them to 2,000 employees. He then left to start his own firm. Today, Unify Consulting has more than 500 employees with offices in Seattle, San Francisco, Chicago, Sioux Falls, and Silicon Valley.

Outside of the office, Darren supports local non-profit organizations including the Fred Hutchinson Cancer Research Center, Communities in School of Seattle, and Technology Access Fund. He serves on the board for WSU’s Data Analytics Program. He cherishes time with his family, skiing, reading, and is an avid golfer despite being constantly humbled by the sport. 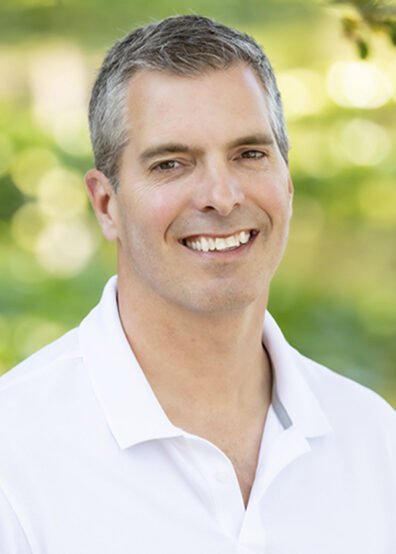 Rhonda has been a part of The Boeing Company since 2014 and is currently working as a senior data scientist supporting the Analytics and Information Management Services within the Information Technology and Data Analytics organization. In addition to her MA in cultural anthropology and MS in statistics from WSU, she has earned professional certificates in statistical programming with R and big data technologies from the University of Washington, and is currently working on a master’s certificate in geospatial intelligence from Penn State University. Rhonda teaches R programming classes through Boeing’s Ed Wells program and is a relations focal for the WSU College of Arts and Sciences within Boeing. She is currently teaching a class for WSU Global Campus, Data 424, which helps students learn to combine skills they’ve gained from the data analytics program into creating a solution for an Industry based analytics project. Prior to her work at Boeing, she worked at a small marketing company doing work for companies such as Microsoft, GCI Telecom, Treehouse, and Seattle Central Co-Op. 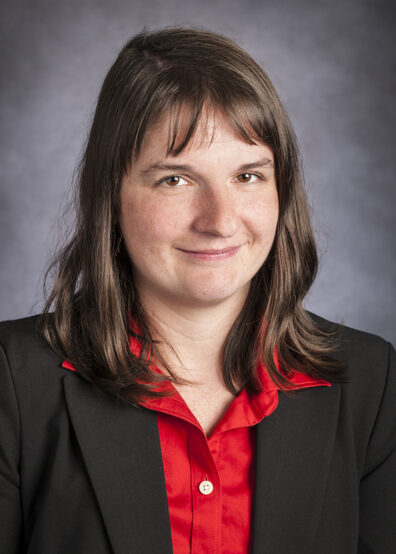 In mid-2016, Jim Hanna joined Microsoft as the company’s first director of datacenter sustainability, providing strategic environmental direction in the fields of land-use, green building, energy and water to the company’s growing cloud computing platform. Today, he leads the company’s focus on urban planning and community prosperity in its datacenter communities around the world.

Previously, Jim served ten years as global director of environmental impact for Starbucks, where he led the company’s overall sustainability function and contributed to enterprise-wide initiatives that supported green building, energy conservation, international procurement, recycling and waste reduction efforts, in addition to serving as Starbucks external voice and policy advocate for its sustainability vision and platform.

A native of Olympia, Washington, Jim earned a BS in environmental sciences from Washington State University and is a U.S. Green Building Council LEED-accredited professional. He serves on the boards of the Washington Environmental Council and Yellowstone Park Foundation. 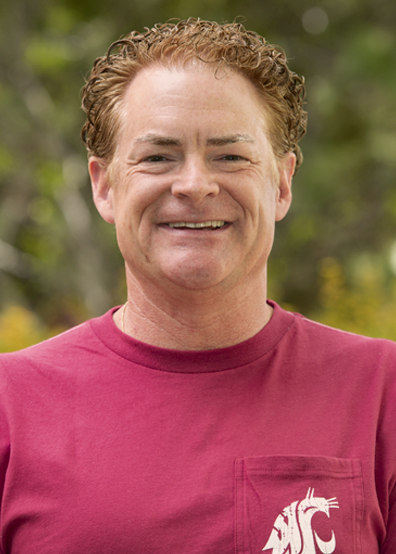 Cassa Hanon is a technology leader focused on team and leadership development.  She began her career as a software engineer and has held a variety of consulting and leadership roles in organizations including The Boeing Company, Weyerhaeuser, Starbucks, The Walt Disney Company, Apptio, and Oracle.

Cassa volunteers her time in team and leadership development for high school students, mentoring college students through the Society of Women Engineers, and serving on the Board of the Seattle Chapter ARCS Foundation. 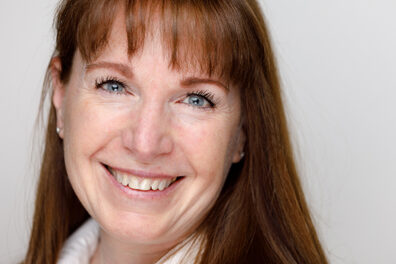 Colonel Select CJ Johnson is the director of innovation and technology outreach for the Cross-Mission Ground and Communications Enterprise within the U.S. Space Force at Los Angeles Air Force Base, California. His organization develops, acquires, and sustains terrestrial-based communication systems, information networks, and command and control software applications comprising the Space Enterprise of the Department of Defense. CJ leads a small team focused on searching for and evaluating emerging technologies from the American technology start-up community.

CJ earned his commission in the U.S. Air Force in 2002, following graduation from WSU. While CJ currently supports the U.S. Space Force, he is both an Air Force communications network and Africa Foreign Area officer. CJ has served at every level of the Air Force, to include serving as the Commanding Officer of the 919th Special Operations Communications Squadron at Duke Field, FL. 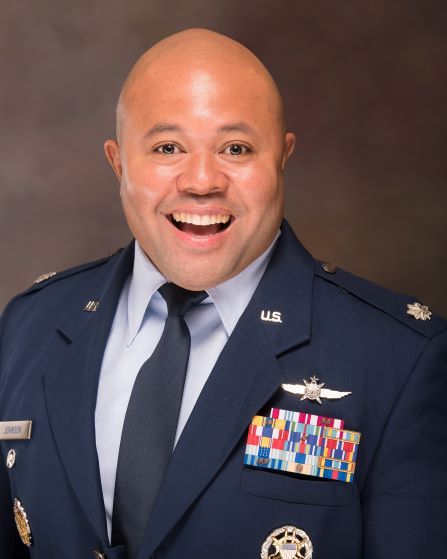 Since 2008 Tracy has served as associate dean for advancement for the University of Washington College of Arts & Sciences. In this role Tracy has overseen an integrated advancement team of 65 professionals across 39 academic departments, more than 30 centers of excellence, the Burke Museum of Natural History, the Henry Art Gallery and the Meany Center for the Performing Arts. Prior to joining the college she was associate dean for advancement for the UW School of Nursing.

For more than 18 years at the University of Washington Tracy has led units in the execution of two major university-wide fundraising campaigns, the $2.7 billion Creating Futures campaign and the $6.3 billion Be Boundless campaign. During the former she received national recognition for successfully leading the campaign for the top-ranked School of Nursing and tripling their philanthropic support. For the latter Tracy was responsible for the successful execution of the College of Arts & Science’s most ambitious fundraising campaign to date, raising nearly $600 million and doubling fundraising levels from the previous campaign.

Tracy was born in Portland, Ore., and loves the Pacific Northwest. She and her husband, Todd, have two boys: Blake, a freshman at Washington State University; and Dane, a junior in high school who is participating in the Running Start program at Bellevue College. 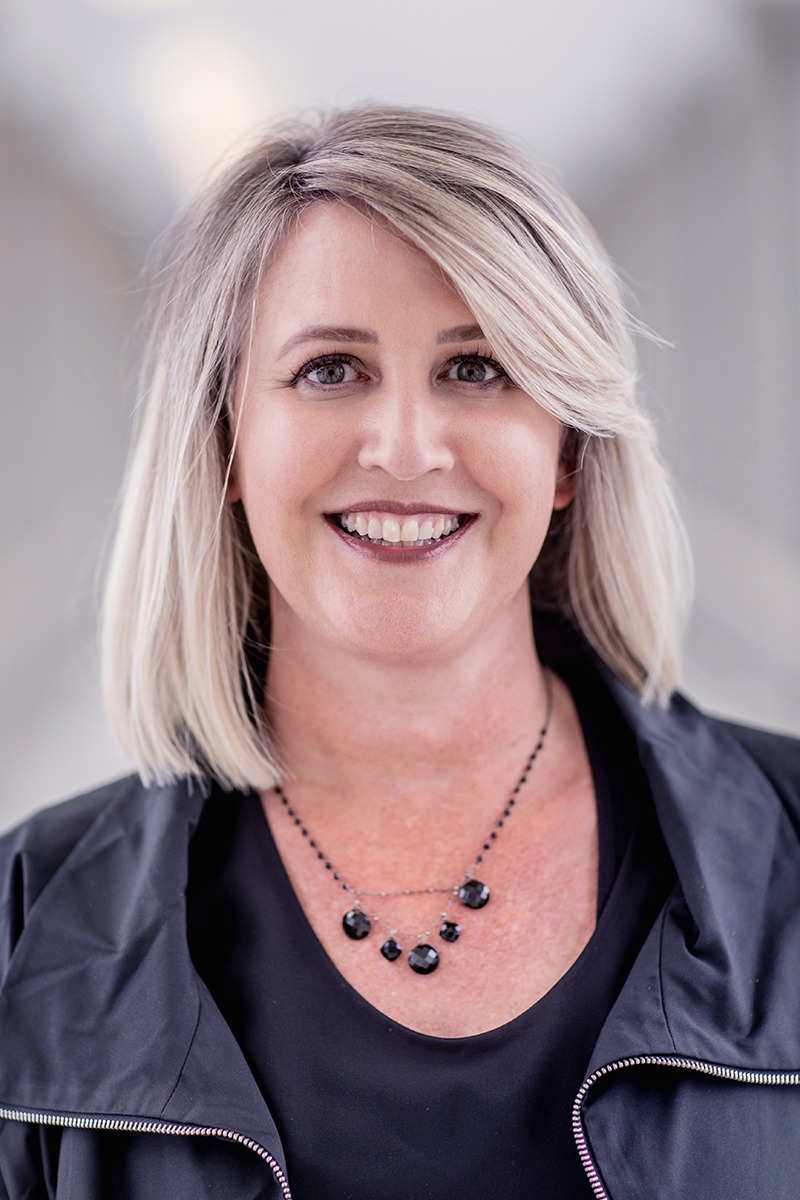 Keith Simanton is the Managing Editor of IMDbPro, IMDb’s subscription site for professionals, which is part of IMDb, the world’s most popular and authoritative source for movie, TV, and celebrity content.

Keith is in the select group of “Experts” on Goldderby.com, prognosticating who will win at the Oscars, Emmys, Spirits, guilds and other major awards. He’s quite proud that he’s been in the #1 spot for the Oscars and Spirits more than most. He is also a member of the Critics’ Choice Association and votes for the Critics’ Choice Awards each year, for both film and tv/streaming. Keith is a longtime commentator on movies and the arts, and his expert film commentary has appeared in notable outlets worldwide including Business Week, CNBC, Entertainment Weekly, TIME Magazine, The New York Times, National Public Radio, USA TODAY, and many others. Before the pandemic he travelled to the major film festivals each season including Sundance, Cannes, Venice, and Toronto and attended the three major Comic-Cons (San Diego, New York, and Seattle). He served on the board of the Seattle Film Festival from 2008 – 2020, and was elected Vice President twice.

His greatest accomplishment has been with IMDb, which, when he joined in August of 2000, had 3 million page views a month. During the time he was managing editor IMDb grew and now enjoys the patronage of more than 250 million unique users a month, with 150 million downloads of IMDb’s mobile apps worldwide.

In 2008 Keith also managed the acquisition of Box Office Mojo for IMDb, bringing the revered industry site into the IMDb family. 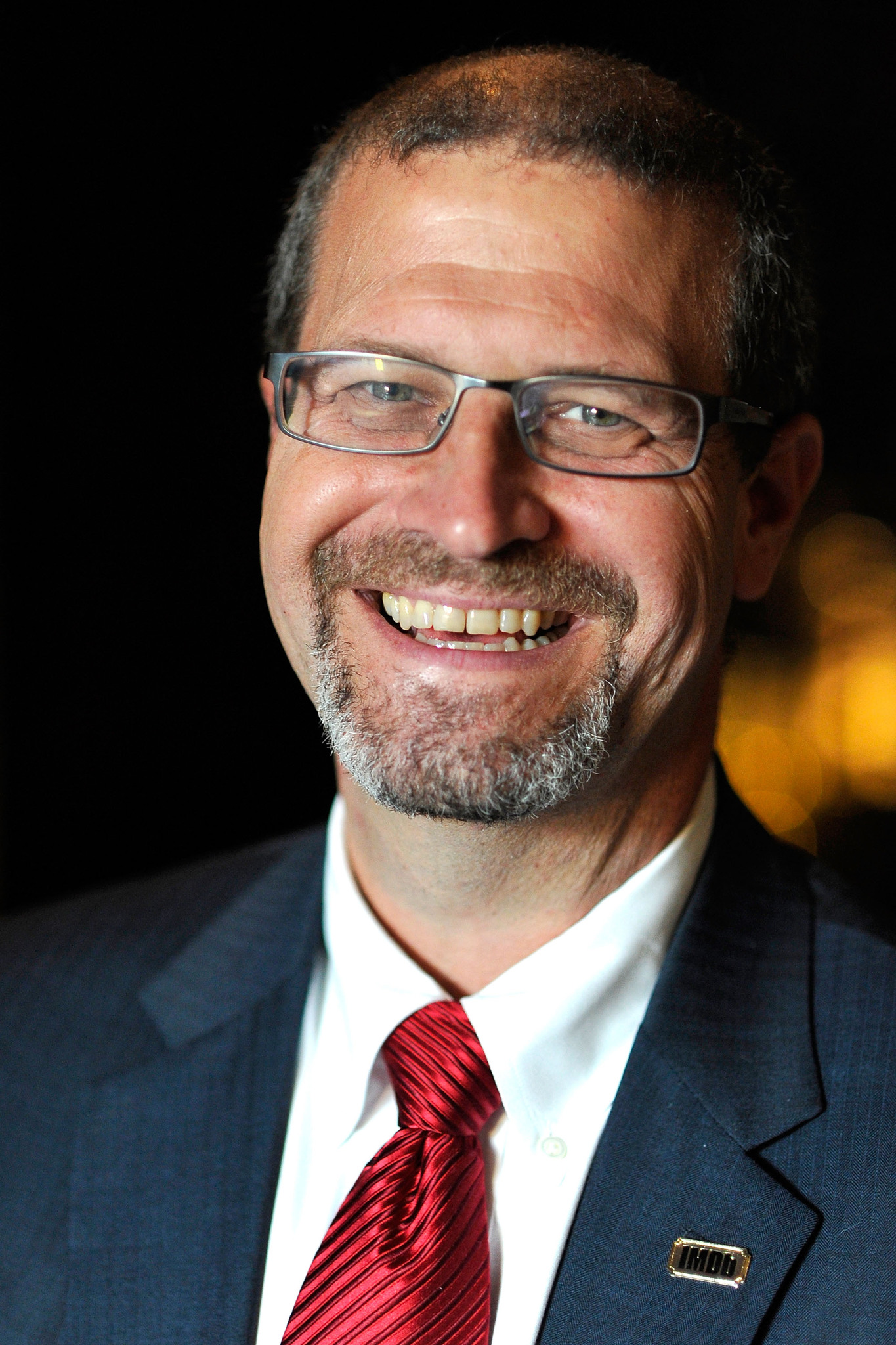 After graduating from WSU, Dawn spent several months as a volunteer for the Student Conservation Association in the Great Smoky Mountains National Park. She had the opportunity to assist with trapping and relocating black bear and wild boar, setting up and checking gypsy moth traps to better understand infestation and spread, trail maintenance, and eradication and control of invasive plants, such as kudzu, mimosa, etc.

Dawn moved to Seattle in 1983 and worked as an office manager, data entry technician, and mainframe computer operator prior to being hired in 1993 at Microsoft, where she worked in consumer support services, filling several roles before retiring in 2017. 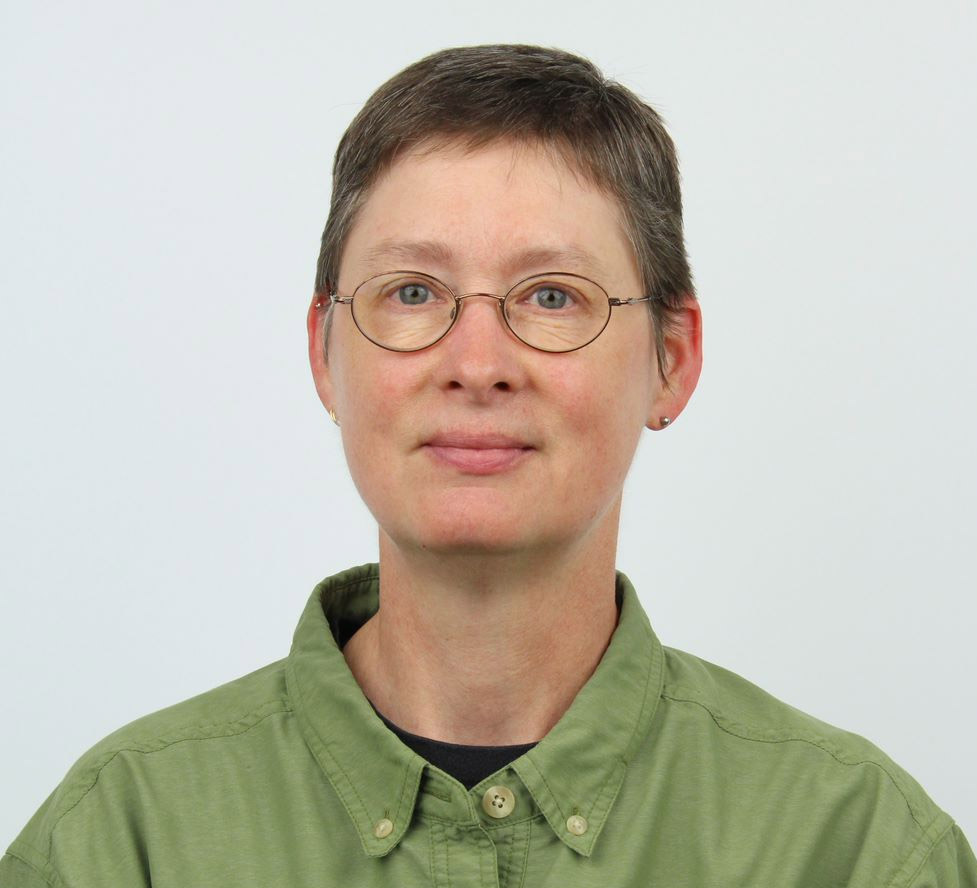 Patricia grew up in Bremerton, WA, and graduated from East High School. She then attended WSU, graduating the year Mount St. Helens erupted (1980) with a BA in Mathematics. While at WSU she played JV basketball and lettered in Track and Field. She earned her medical degree from the Medical College of Wisconsin in 1984. She did a residency in Internal Medicine at Indiana University Medical Center (IUMC) from 1984 to 1987. Upon completion of her residency, she worked a year for an HMO and then returned to IUMC as part of the clinical faculty. This involved working in various clinics, caring for nursing home patients, and working in the county ER. She also supervised residents and medical students when attending on the wards.

The last 20 years of her career were spent at various VA Hospitals across the country. Most recently, she worked at the American Lake division of the Puget Sound VA system retiring from there in 2016.

She has donated to WSU athletics, CAS, the alumni association, and the medical school. She has established several endowed scholarships. She is trying to make a difference by giving others the opportunity to go to college and/or medical school.

She enjoys sports, reading, and traveling. She previously was an avid cyclist having ridden the STP (Seattle To Portland) several times as well as the RAGBRAI (Register’s Annual Great Bicycle Ride Across Iowa). She currently swims and walks for exercise. She also volunteers at the Dupont library and helps adults learn English as a second language. 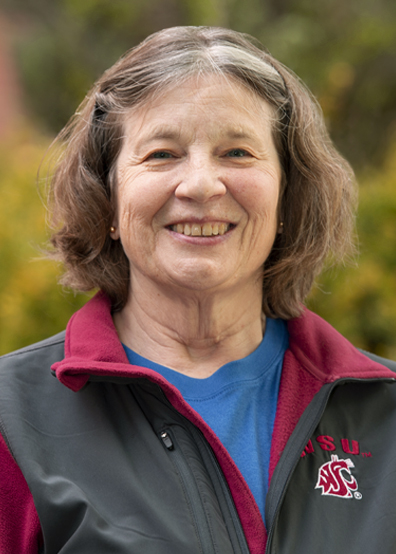