David Leonard, associate professor and chair of the college’s Department of Critical Culture, Gender and Race Studies, will give the keynote speech at the University’s 2013 MLK Distinguished Service Awards ceremony on January 24.

“Dr. King’s Dream, Body Politics and the Continual War on Women of Color” will examine links between Martin Luther King’s legacy, the life of Henrietta Lacks (portrayed in this year’s Common Reading book), the historical experience of African-American women, and social justice.

END_OF_DOCUMENT_TOKEN_TO_BE_REPLACED

Students in a new music survey course are getting front-row seats to video performances by top WSU faculty. 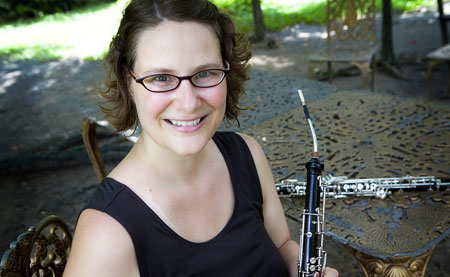 “I think we have recorded faculty or students from every area, and these include jazz, traditional instrumental works, percussion ensemble and opera scenes – which are quite theatrical,” said Keri McCarthy, an internationally known oboist, master-class teacher, Fulbright scholar, and professor for the new online course.  END_OF_DOCUMENT_TOKEN_TO_BE_REPLACED

END_OF_DOCUMENT_TOKEN_TO_BE_REPLACED

Levy, a clinical associate professor who teaches English at WSU, said he originally pitched the idea to his agent who also represents Leach, WSU head football coach. The agent suggested talking to Leach because he knew Leach is fascinated by Geronimo.

“It started when my mom would read us books when we were kids, and for some reason I got into Geronimo,” Leach said. “We’d go to the library and grab these historic books about him, and she would read them every night.”

The book, still in the works, will talk about general leadership and problem-solving skills that spill over into all aspects of management and people, Levy said. His strong point is the history, whereas Leach has a profound understanding of leadership, he said. END_OF_DOCUMENT_TOKEN_TO_BE_REPLACED