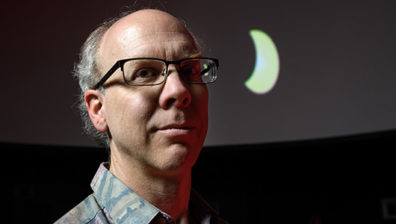 Parts of Washington state will be treated to an extraordinary show during what NASA is calling the “Great American Eclipse” on Aug. 21, even though the sun won’t completely disappear.

As the total eclipse cuts a swath across neighboring Oregon and Idaho, some locations in the state will enjoy a “deep partial eclipse,” said astronomer Michael Allen of Washington State University.

“With most of the sun obscured by the moon, it will get partially dark,” he said, similar to very early in the morning.

“The stars won’t come out, but for about two minutes, daylight will definitely be dimmer,” he said.

Just before 10:30 a.m., spectators in places such as Pullman and Walla Walla will see the moon cover about 96 percent of the sun. In Goldendale and Longview, it will be closer to 98 percent, Allen explained.

“Expect the eclipse to look like a big bite taken from a cookie,” said Allen, stressing that people must wear special glasses to view the celestial event. Sunglasses won’t protect people’s eyes.

As the moon passes between the earth and the sun, it will be the first total solar eclipse in 99 years whose path of totality crosses the continental U.S. from coast to coast. Inside a 70-mile wide path extending from Newport, Oregon to Charleston, South Carolina, day will turn dark for up to 2 minutes and 40 seconds.

Washington’s towns and cities located within 230 miles of that narrow path will experience a deep partial eclipse, said Allen. Pullman is located 215 miles away, while Goldendale is 110 miles away and Longview, only 88.

“The general public will have the opportunity to witness laws of nature that we have virtually no control over. We can only observe,” said Allen.

And to do that, be sure to wear eclipse glasses to protect your eyes. Beginning Aug. 6, WSU’s physics and astronomy department will sell them for $3, with any profits going toward upgrades for its planetarium: Go to Webster Physical Sciences Building, room 1245. Also, some public libraries are offering glasses for free through a partnership between the Space Science Center and STAR_Net Libraries. For more information on this, go to: http://www.starnetlibraries.org/2017eclipse/