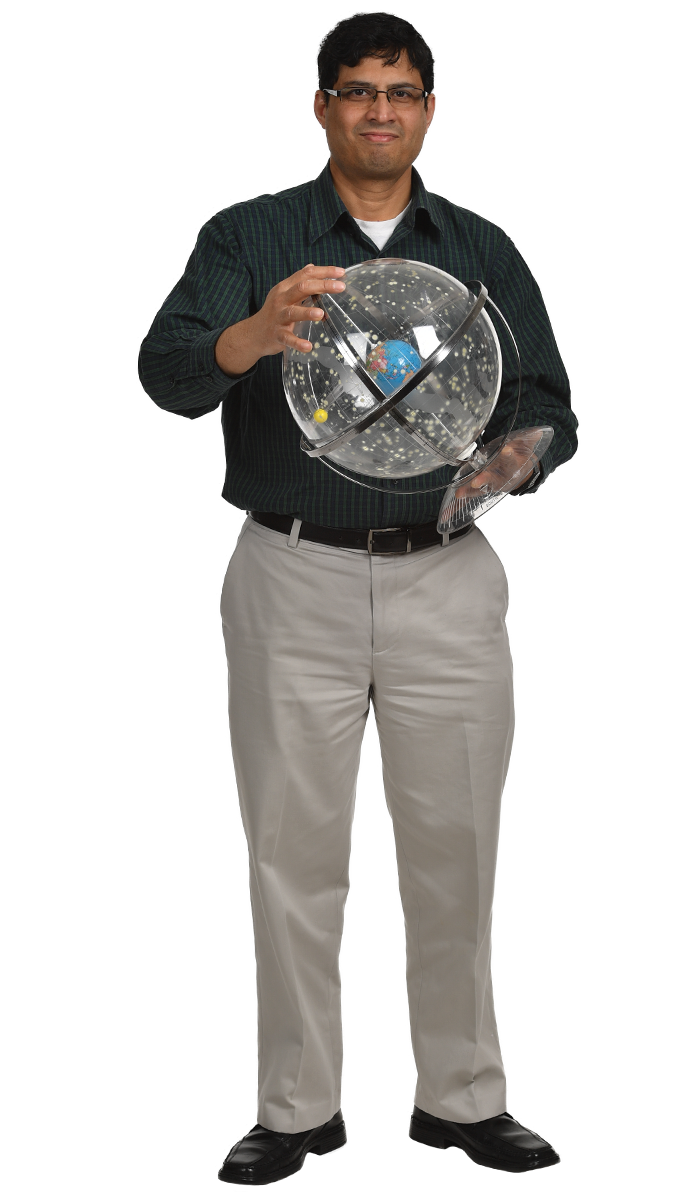 Sukanta Bose has put WSU on the world map by looking into the far reaches of the universe.

One of the early scientists to demonstrate how combining simultaneous signals from multiple, distributed gravitational-wave detectors would improve the discovery of cosmic events, Sukanta’s fundamental contributions to understanding such phenomena helped expand the worldwide network of gravitational-wave observatories and foster international collaboration.

Sukanta has long been a member of the LIGO Scientific Collaboration, an international assembly with more than 1,000 members from 19 countries which collaboratively observed the collision of two black holes for the first time in 2015. Today he serves as a member of the program committee.

He has represented WSU in invited talks on four continents, in a TEDx event on colliding neutron stars, and through his election to the leadership committee of the International Society of General Relativity and Gravitation.

As his international profile continues to grow, Sukanta’s diligent efforts to create and sustain collaborations will lead to even more fascinating discoveries.