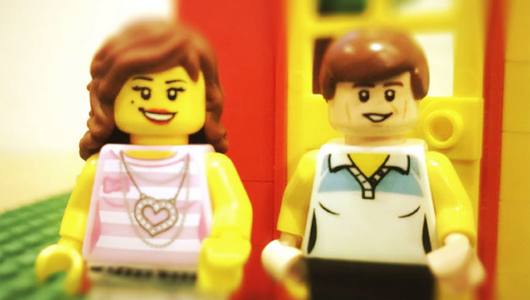 As she stepped up to the employee store counter to pay her bill, LEGO® specialty products manager Katie Regan’08 pulled out a credit card bearing Washington State University’s famous logo. Jordan Paxton ’04, behind her in line, let out a shout of recognition. “Bumping into Cougars on the East Coast is a big deal,” explains Paxton, a consumer service specialist at LEGO. “It rarely happens, so when you come across a Cougar, you’re instant friends.”

Regan and Paxton soon learned they had more than Cougar pride in common. The two attended WSU at the same time, then both accepted jobs with The Walt Disney Company, but it wasn’t until they joined the LEGO team at its main U.S. office in Enfield, Connecticut—Regan in 2012 and Paxton in 2013—that the two actually met. These days, they both spend their days working with the famous LEGO play materials that have entertained and educated children for over 80 years.

A sociology major from Olympia, Washington, Paxton says he came to work for the company because being around LEGO makes him happy. “I played with LEGO bricks as a kid, and when I was in college, my mom and dad used to send me LEGO sets during finals to provide a diversion and keep me cal 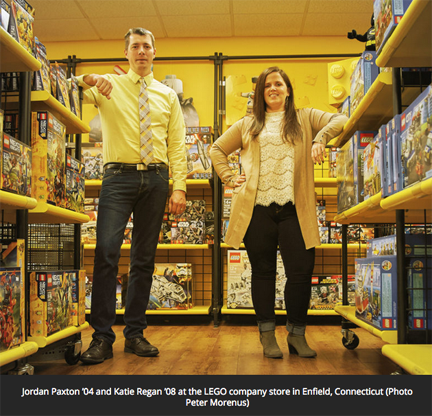 m.” Now as a consumer service specialist, Paxton keeps others calm, overseeing child safety and consumer escalations and acting as a liaison to the advisors who staff the company’s customer service lines. “Our team builds and tests all the products so that we’ll have firsthand knowledge of what kids will experience when they use the sets. We then share this knowledge with advisors so they’ll know how to respond when kids call with questions or problems.”