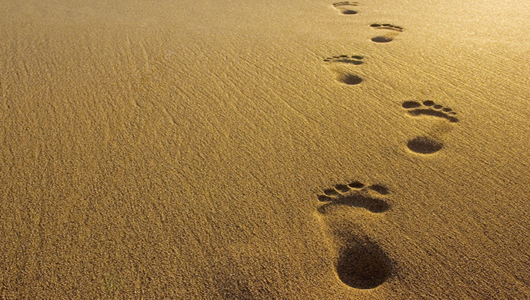 Vast swaths of forests in western North America are dead or dying, killed by pine bark beetle. The beetles have been there all along, but prolonged droughts reduced the trees’ ability to defend themselves from the inner bark-munching bugs.

The western slopes of the Sierra Nevada range in California have been especially hard hit by the depredation, just as people who made money in Silicon Valley sought to move their families out of the choked cities and up into the beautiful mountain forests. Now, to mitigate risk of catastrophic fire and the further spread of pests such as bark beetle, landowners must cut down dying and dead trees—the forests that were the very reason they moved there in the first place.

The tragic irony of this situation is similar to one familiar to Orrin Pilkey ’57, an emeritus professor of geology at Duke University in North Carolina. For years, Pilkey has been arguing, based on evidence that he and many others gathered, that building sea walls to protect the beaches we love actually destroys them.

Beaches are natural shape shifters and, if we build far enough back from the water line, a wide beach is a natural protection against storm surges. But people want to build homes and resorts close to the water. To keep high tides and storm surges out of basements and living rooms, seawalls and revetments are constructed. But this prevents the natural shifting of beach sands—and the sand ends up eroded by wave action and washed out to sea. Soon, the beachfront has no beach—and imported sand, sometimes from an expanding black market—is brought in to rebuild the beach. And the cycle resumes—except now, that process is being exacerbated by rising sea levels.

“I have been very controversial in some circles, especially among developers and the (Army) Corps of Engineers,” Pilkey says. “They say nasty things about me.” A town in North Carolina banned him, so unpopular were his evidence-based claims of inexorable sea level rise.

Or at least they used to be. There is a growing, if grudging, acceptance of the need for what Pilkey in his latest book calls a retreat from a rising sea. Recently, the governor of Louisiana declared a state of emergency along its coasts, as sea level rise erodes the equivalent, according to a local reporter, of one football field per hour. Sea level along the Eastern Seaboard of North America has already risen nearly a foot in the past 100 years.

Eventually, people are going to migrate, Pilkey says. The question is, are we going to retreat inland in a rational manner or are we going to maintain a “business-as-usual” mentality and only flee at the last minute, in panic and disarray? There’s a tug-of-war between real estate interests (which don’t want to lost the value of developed land, no matter what it costs to keep it dry) and others who see the expense of trying to maintain the status quo as just too costly. That battle is already playing out in places like Miami.

Read the rest of the story in Washington State Magazine >>