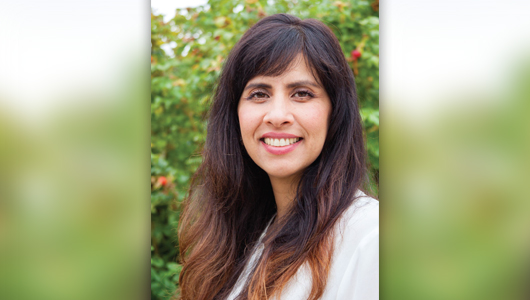 If “life experience” were an academic program, Natalie Ewing, a social science and digital technology and culture double major, would already have her master’s degree.

Like many other nontraditional students, Ewing encountered her share of detours and unexpected turns along the path to college. Raised in California, she grew up amid drugs, alcohol, physical and emotional abuse, caring for her younger brother, unstable mother and alcoholic stepfather.

“Growing up, I always loved school, and I wanted to go to class more than anything in the world,” she said.

But Ewing wasn’t able to attend school regularly. On days she could attend, she was tired, hungry and—dealing with insecurities about her home life—lacked the desire to be around others. By age 15, Ewing had dropped out of school and was homeless, working several jobs while living in her car, motels, parks or with random hosts.

Help along the way

Along with obstacles came opportunities.

In 1989, at 17, Ewing became a mother to son David. Eager for a fresh start, she bought a barely functioning Volkswagen Rabbit Cabriolet from a junkyard and drove with her 3-month-old to Arizona to live with her stepgrandmother, about 20 miles from the Mexico border.

When they’d outstayed their welcome, Ewing and son drove to the nearby RV park. She planned to ask Mrs. Fairchild, the RV park hostess, if they could sleep in their vehicle at the park, use the communal showers and leave the next day to look for a place in town.

Mrs. Fairchild made a counteroffer.

“She instead—and without hesitation—offered me one of her travel trailers with all utilities for $150 a month,” Ewing recalled. She was also told she needn’t pay until she got settled, and in return just help around the park when she could.

“Who knows what would have happened to me without that random act of kindness,” Ewing said.

In the following months, Ewing was able to upgrade from the tiny trailer to a one-bedroom house in Arizona. She got married and had three more children; a son, Aaron; daughter, Mariah; and son, Lamont. When her marriage ended, Ewing persevered through hard work, resilience, motivation and willingness to try new things. She got into business sales and started making a good living. In 2006 she remarried and gained a stepson. The family moved around—back to California and Arizona—before settling in Vancouver, Wash., to live near relatives.

Son David, who excelled academically, asked why he should go to college if she was making a good living without a degree. She tried to explain about the hard work it required to get where she was, but she felt like a hypocrite. “I was constantly telling my kids how important it was to get an education and fulfill their dreams and live their lives, but I wasn’t doing the same,” Ewing said.

When her comfortable job ended with company layoffs, Ewing took it as a “now or never” opportunity. She decided to go back to school.

“My decision to go to WSU had to do with the people in my community here in Vancouver,” Ewing said. Around town, she’d spot Cougar gear and license plates, and meet people who had either attended WSU or had a Cougar connection. She wanted that connection, too.

In 2015, she went back to school. It took three terms, many advising appointments and lots of tears to get her footing as a nontraditional college student. But Ewing was determined to have “a real college experience.” She joined clubs, attended events and volunteered. “I never thought that I would be a true-blue college student, but here I am,” she said proudly.

A scholarship helped her afford the college experience. The E. Faye Volker and George W. Volker Endowed Scholarship allows Ewing—a junior—to pursue her passions and focus on her education. At the 2017 Scholarship Recognition Reception honoring WSU Vancouver scholarship recipients and their donors, Ewing spoke about the impact her scholarship has made.

“I cannot express my gratitude enough. I am deeply honored that WSU has such generous donors who truly care about education and helping others succeed,” she said. “I only hope that one day I may be able to give back and help someone the way that you have helped me.”

Her newfound college career is a busy one. Besides her double major, she’s also earning a certificate in professional writing. Add to that her involvement on campus: She’s the Student Diversity Center’s Passport Navigator, mentoring foster care youth and WSU Vancouver students who came from the foster care system. She has also served on the elections board for the Associated Students of WSU Vancouver and as a college access coach.

Her ultimate goal? A master’s degree in public affairs or law, and a career building community partnerships and helping people in need—the other Ewings and wonder women of the world—succeed.