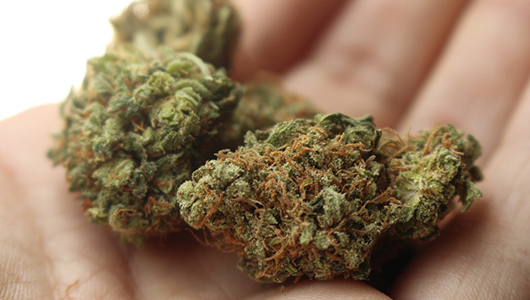 More than a few citizens held their breath when Washington legalized recreational cannabis in 2012.

“There were many who believed it would trigger a massive increase in youth use and marijuana-related traffic collisions and fatalities,” says Clay Mosher, sociology professor at WSU Vancouver.

“But in the five years since sales began, those increases in youth use have not manifested, and while there have been some spikes in polydrug driving, they aren’t as significant as predicted.”

That hopeful trend is echoed by a recent criminology study which found little change in violent or property crime rates since legalization.

Mosher, who wrote a retrospective on cannabis called In the Weeds, says much of the success is due to the fact that “Washington did legalization right.”

Unlike Colorado or Oregon, for example, the Washington legislature initially limited the number of retail licenses available for dispensaries to 335. They also made personal cannabis cultivation a felony offense except for those with a medical marijuana card.

To discourage corporate monopolies and Big Marijuana, Mosher says the legislature likewise prohibited vertical integration. “No one could hold all three licenses: producer, processor, and retail. You could hold two but not all three.”

Such protective barriers along with strict monitoring of producers have helped control the nascent cannabis industry as well as prevent black-market diversion—something that’s had an impact on children.

According to the recently published Washington State Healthy Youth Survey, cannabis use in high school students showed no significant increase since legalization and even declined in some groups.

A 2019 JAMA Pediatrics study suggests that decline is tied to the difficulty of obtaining marijuana from drug dealers now that they are being replaced by licensed dispensaries that require proof of age.

On the other hand, the number of teens who said marijuana poses a health risk also declined, a trend Mosher says began well before legalization.

As for collisions and traffic fatalities, a 2017 study published in the American Journal of Public Health found that, “three years after recreational marijuana legalization, changes in motor vehicle crash fatality rates for Washington and Colorado were not significantly different from states without legalization.”

The Washington Traffic Safety Commission followed with a 2018 report stating that, while the number of THC-only incidents has remained stable, there was an increase in polydrug-driving accidents, most involving cannabis plus alcohol. Notably, collisions due to texting and other distractions were higher than all drug categories combined.

“Although I would say there’s an increase in marijuana-related driving, we don’t know if it’s actually marijuana-impaired driving as we only know they have THC in their blood, but not the level,” Mosher says. “Without a THC breathalyzer, you can’t compare it, say, to an alcohol level of 0.08.

“While not without problems, I do think Washington state’s legalization of recreational cannabis has largely been a success,” he says. “Marijuana has been legalized, and the sky has not fallen.”

That conclusion is backed by Dale Willits, WSU assistant professor in criminal justice and criminology, who took part in a wide-ranging study published last October in the journal Justice Quarterly. The paper compares crime in Washington and Colorado to that in states which outlaw cannabis in any form.

Using statistics gathered by the FBI from 1999 to 2016, the researchers analyzed incidents of violent crime including homicide, rape, aggravated assault, and robbery, as well as property crimes like auto theft, burglary, and larceny.

“Overall, we found there were no big shifts in either violent or property crime rates that coincided with legalization of cannabis,” Willits says. “In some cases, there was an initial short-term jump that faded when retail dispensaries opened, but there was nothing consistent across all models.

“Although serious crime neither skyrocketed nor plummeted, we can’t claim there has been no effect on public safety as it’s only been five years for sales and two years post-sales for our data,” he says.

“When you look at prohibition, it took forty years for alcohol consumption to reach its pre-prohibition rates. So, it may take 20 or 30 years for the full effects of legalization to play out.”