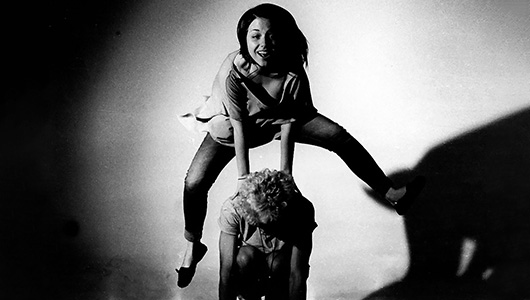 With 2020 being a Leap Year—a once-every-four-years manifestation created to deal with our imprecise notion of a year being 365 days—WSU experts looked back on the development of the modern calendar.

Ancient civilizations depended on the cosmos above to guide their decisions, said Michael Allen, a senior instructor in physics and astronomy.

“We know from things like Stonehenge that ancient peoples were aware of the motion in the sky and that these motions repeated,” Allen said. “This repetition allows for prediction. Whether you’re a nomadic or agricultural society—pulling animals along or sprouting plants—you need to know the times to take on these activities for the highest chance of success.”

Ancient Egyptians planted their crops each year when Sirius, the brightest star in the night sky first disappeared, knowing that floods vital to their crops’ growth would arrive when they were most needed.

The need to be prepared for changing seasons and related weather events led to the development of the first calendars, which typically were either solar or lunar-based. Ancient Greeks made a tremendous breakthrough some 2,500 years ago when they calculated the length of a year at 365.25 days.

Meanwhile, during the Roman Republic, the development of the calendar was a process fraught with upheaval, said Nikolaus Overtoom, a clinical assistant professor in Ancient History at WSU.

Following its founding in 753 BCE as a monarchy, Rome followed a 10‑month calendar based on the lunar cycle. The Romans later developed a 12 month version during their Republic period from 506–27 BCE.

The months of the Roman Republic calendar took inspiration from gods, annual celebrations, or simply were named for their order in the calendar of the Monarchy.

Unlike the modern calendar, the Roman’s version had only 355 days in a year. Because it takes the earth approximately 365.2422 days to revolve around the Sun, the calendar rapidly became out of line with the Sun’s place in its movement.

“What the Roman leadership decided was that from time to time they would adjust the calendar by introducing temporary, short-term months,” Overtoom said. “These irregular months, which were either 22 or 23 days were known as a mensis intercalaris, and operated as a fix-all in the Roman Republic system.”

The decision to implement short-term months fell to the Pontifex Maximus, the politically appointed high priest of the Roman state. As was common in Rome at that time, the intersection of politics and religion bred corruption. Whomever held the role would be incentivized to add an extra month during their tenure to give them more time in power, or to do so at the behest of a political ally.

“By the Late Republic, the roman calendar in many ways became a disaster,” Overtoom said. “It had shifted well off the alignment of the traditional solar year, causing widespread administrative and military concerns.”

Then came Julius Caesar. Following a civil war and his appointment as Rome’s leader, Caesar standardized the calendar with the help of Greek mathematicians and astronomers. Several of these figures, including the calendar’s lead architect Sosigenes of Alexandria, Caesar met during his time in Egypt, which coincided with his affair with the Egyptian queen Cleopatra.

By the time Caesar was preparing to introduce the new Julian calendar in 46 BCE, the calendar had slipped several months off the solar cycle. To correct this drift, Caesar added several short-term months to the end of the year, meaning that 46 BCE lasted 445 days. With the dawn of 45 BCE, the Julian calendar became the dominant system across the Roman world. It improved on previous calendars by measuring a year at 365.25 days, meaning that once every four years, an extra day would be added to the calendar.

The Julian calendar would remain the standard across the western world until the 1500s. Even though it was much more accurate than calendars that came before it, the difference between the 365.25 days per year and the actual 365.2422 was enough that each year, the calendar drifted 11 minutes.

Enter the Catholic Church, who wanted to see the spring equinox be as close to the Easter holiday as possible each year.

“16th century popes were dealing with unrest in the Christian world,” Overtoom said. “Specifically, the rise of Protestantism, and the popes saw a change to the calendar as a way for Catholics to make the world catholic again, by basing it on the legacy of the First Council of Nicaea of 325 CE.”

An algorithm was devised to determine whether a leap year is skipped:

The calendar was quickly adopted by Catholic countries, and eventually, the rest of the world followed. Russia later adopted the calendar in the midst of World War I after the Bolshevik Revolution, Overtoom said. Saudi Arabia was the latest major country to make the transition, substituting the Islamic calendar for the Gregorian calendar in 2016.

Excerpted from story by RJ Wolcott for WSU Insider.