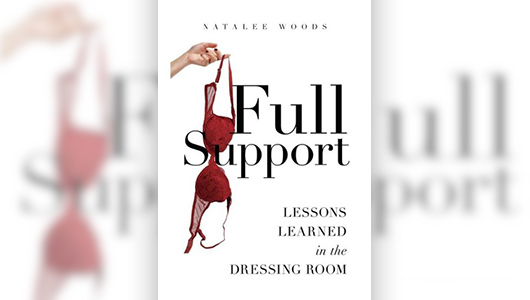 With more than a decade of working in lingerie departments for an upscale department store, Natalee Woods’s (’03 English) expertise with fitting bras in both Seattle and Los Angeles provides readers of her new book a glimpse into the traditionally proscribed walls of dressing rooms.

In Full Support: Lessons Learned in the Dressing Room, Woods utilizes a humorous and satirical voice to offer subtle and profound insights into the sexual, social, and cultural meanings women have with their bodies. During an interview with Chatelaine’s Sarah Treleaven, Woods explained that a bra department forces women to examine their bodies because the task, as daunting as it may be, is essentially to find something your body can “fit” into.

At times, it was difficult because Woods could see their lack of self-respect, she said. But there were also times when she would look at a woman and think, “Wow, she really loves herself, and there’s absolutely nothing in this world that could compare to that.” Whether she was helping women who had lost a significant amount of weight, had breastfed three kids, had surgically reduced their breast size, or had battled breast cancer and lost their breasts, the relationship with their breasts changed, thus forcing them to establish a completely new connection with their bodies. The dressing room was a vulnerable but powerful place. 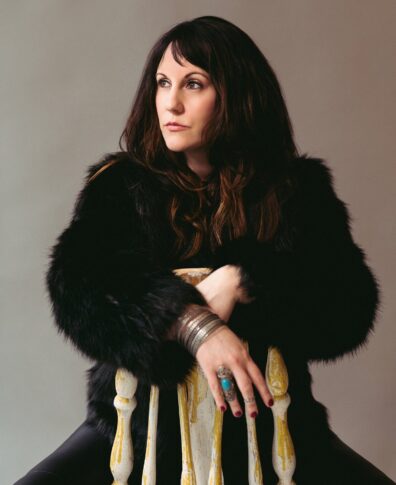 In addition to earning a BA from WSU, Woods holds an MFA in writing from the California Institute of the Arts. Woods’s work has been featured in The Huffington Post, Reader’s Digest, and Salon. She lives in Seattle where she teaches English literature and creative writing in the public school system. Her passion for teaching has led her to advocating for socially marginalized youth and criminal justice reform. Woods’s website provides more information about her work and future readings.