Disruption, dissatisfaction, complication… bad words in some classrooms are good words in David Leonard’s view. Associate professor and chair of the Department of Critical Culture, Gender, and Race Studies (CCGRS), he actually encourages his students to unlearn.

“I believe that much learning takes place from unlearning,” David said. “Too often we’re told that there are single answers or even simple solutions—that the goal of every conversation is to find clarity. For me, education is also about taking the known and complicating it, leaving us thinking differently about these assumed ideas.”

In classes examining myths about the black freedom struggle, or colorblind racism in African American films, for example, David inspires and empowers his students by engaging them in dialogue and pushing them to challenge their assumptions about themselves, traditional education, and the subject at hand.

“Once we have an answer, we need to ask more questions—to disrupt a level of complacency and satisfaction with a particular truth,” he said.

Among the first assumptions David’s students learn to check is the value of written tests. Instead of giving exams, he often asks students to apply their new knowledge to projects that can reach a wider public. His students demonstrate critical thinking and intellectual transformation by creating websites, writing movie scripts, and developing blogs and other multimedia presentations.

Such innovative technologies play a big role in David’s teaching and in his broader scholarship and outreach. He uses a variety of online networking tools to communicate with students, alumni, other scholars, and the public. He brings prominent authors and experts into his classes via Skype, and was among the first at WSU to integrate clicker technology into humanities-based courses.

A prolific blogger and tweeter, the posts David generates about current events are frequently reposted on mainstream news and cultural discussion sites, from The Chronicle of Higher Education and The Huffington Post to Racialicious and The Feminist Wire. It’s surely no mere coincidence that major news outlets—both traditional and online—regularly seek him for expert commentary and to participate in virtual panels.

“I am very active in social media because, to me, that’s where important conversations are taking place; I want my work to connect, to reach people, to be accountable, and to potentially have an impact. Social media allows for me to break down certain barriers; it allows me to connect with other scholars and activists, artists, and others who are engaged in these conversations,” David said.

He recommends social media not only to his students but to other faculty, as well. “I am a huge advocate because it takes our work into new spaces and allows for developing new relationships. In the classroom, it allows me to encourage students to connect their everyday practices with class. It also enables me to focus conversation in particular ways.”

Like any tool, the secret is in how it’s used, David said. “Whether we are talking hashtags, Twitter, a blog, or Facebook, a tool can be used to empower, to encourage critical thinking and engagement—or it can foster passivity and disengagement. I think ultimately it allows people to engage in important conversations and to build communities that are important to many people.”

Intensity, commitment, and the unexpected

Since joining the WSU faculty in 2002, David has taught and/or developed numerous classes, from Introduction to Black Studies to Hip Hop around the Globe; Social Justice and American Culture; and Cultural Politics of Sport. Yet much of his work takes place outside of the classroom. Students have often gathered in his office to discuss their studies, debate sports, history, or politics, and receive guidance about their futures.

In 2013, he was honored with the William F. “Frank” Mullen Award for Excellence in Teaching, which recognizes outstanding CAS educators for their involvement with undergraduate students in and beyond the classroom. 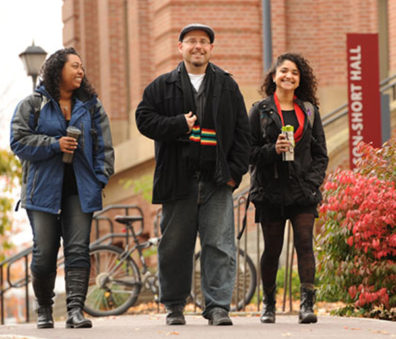 “David brings intensity and passion to everything he does,” said longtime CCGRS professor Richard King. “I have marveled at his creative capacity to put his commitment into action and engage in unexpected ways.”

An active researcher, David’s interests encompass seemingly disparate topics, ranging from the prison industrial complex to the National Basketball Association. His work is linked through its commitment to examining the ways in which racial meaning is constructed, transformed, and challenged across time and space.

David’s books include Screens Fade to Black: Contemporary African American Cinema and After Artest: The NBA and the Assault on Blackness. He co-edited Criminalized and Commodified: New Racism and African Americans in Contemporary Sports and has authored numerous articles and peer-reviewed publications. He is a regular contributor to NewBlackMan, Feminist Wire, and Urban Cusp, and he has written for Ebony, Slam, Racialicious, Loop21, The Nation, and The Starting Five.

A native of Los Angeles, David earned his bachelor’s degree in Black Studies at the University of California, Santa Barbara, and his master’s and doctoral degrees in Comparative Ethnic Studies from UC, Berkeley. He became chair of CCGRS in 2012 and continues to be instrumental in expanding and revising his department’s curriculum.

“My goals are always really simple: do good work, be accountable to the research and constituent communities, and produce work that has the potential to be impactful,” he said.

Through teaching, research, and outreach, theDepartment of Critical Culture, Gender, and Race Studies strives to communicate emerging and established understandings of culture, race, indigeneity, gender, and sexuality to students and society at large. CCGRS faculty, staff, and students work together to cultivate a community that fosters and respects difference, laying the foundation to question and change the status quo locally and globally. 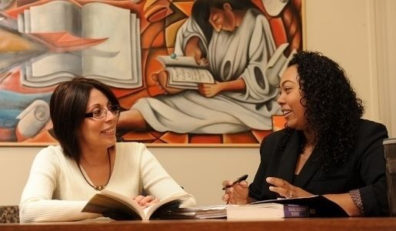 The department’s focus emerges from social movements and intellectual currents that interrogate and unsettle political and ideological models. Through creation and distribution of transdisciplinary, transnational, and transformative knowledge, the dynamic community of CCGRS scholars works to illuminate existing inequities and to empower its various constituencies to envision and realize new futures.

Core faculty and affiliate faculty are active researchers and scholars whose high productivity and quality of work is evidenced through numerous teaching awards, publication of books and articles, and grant funding.

Courses are taught on the Pullman, Vancouver, and Global campuses.