The business of another language

In the past, foreign language teachers would put up posters that said: “Learn a Language: Be a Diplomat, a Flight Attendant,” and so on. In today’s global marketplace, it’s difficult to name a career sector that doesn’t have great need for people with language skills.

Through WSU’s new Language for the Professions program, students can add a second major in Japanese, French, German, or Spanish to their lists of qualifications for careers in any discipline—from engineering to education and business to health sciences.

“If you make your degree global, you can work for U.S. companies abroad or for foreign companies in the United States,” said J.T. Hughes, professor of German and chair of the Department of Foreign Languages and Cultures (DFLC).

They then review specific listings and show how they’re the perfect candidates for those jobs based on their qualifications. By the end of the course, the students have great résumés and cover letters and some reasonable job prospects. 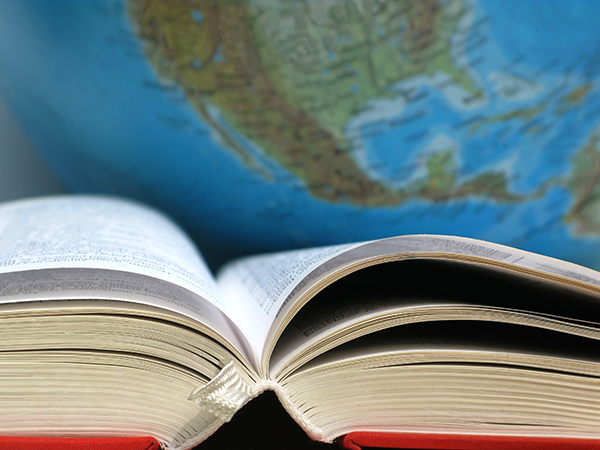 “These classes have helped students get top-notch, good-paying jobs in the U.S. for foreign companies, as well as abroad at foreign companies, and they never would’ve encountered these positions without searching the international job boards and learning about the world around them,” Hughes said.

Which careers and languages are hot?

Translators and interpreters are in especially high demand in the healthcare and judicial sectors. In fact the U.S. Bureau of Labor Statistics predicts hiring of interpreters and translators will grow 30 percent by 2024. The BLS notes that growth will be driven by U.S.-based non-English speaking individuals, and by increasing globalization.

Languages have unique ways of expressing emotions, approaching basic greetings, or developing arguments—whether circular, analytical, or logical. With an enhanced understanding of language and culture, new graduates can more nimbly negotiate pan-Pacific deals or more deeply understand the nightly news in Nipon or wherever they land.

DFLC also offers primary majors and minors in French, German, Spanish, Chinese, and Japanese and courses in Russian, Korean, and Arabic. Plans are in the works to offer Brazilian Portuguese and a Scandinavian language, as well.

—Adapted from “Speaking of Business” in Alaska Beyond Magazine, Feb. 2016