(But you’re so smart, you already knew that, right?… Just kidding!)

In a first-of-its-kind study of the function of “just kidding” and its variants in American English, Nancy Bell, applied linguist and associate professor of English, found the phrase is more than a mere marker of failed humor. “Just kidding” is actually a multipurpose expression that serves at least four distinct functions and plays an important role in maintaining relationships.

By analyzing 1,200 instances of “just kidding” written or spoken by a wide range of people in a wide range of circumstances, Bell, along with Stephen Skalicky (MA, English ’12) and another colleague at Georgia State University, identified four primary ways people use the phrase to manage rapport.

“We found the most common use of ‘just kidding’ was to inoculate the speaker against possible negative reactions to humor that might seem unfunny, inappropriate, or offensive,” Bell said.

People used it for inoculation in almost 70 percent of the instances the researchers reviewed, and it typically followed statements they described as “potentially offensive, risqué, or otherwise rife with potential for misinterpretation.” 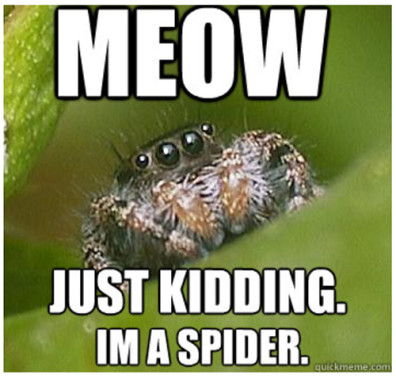 If a speaker left no time for response before asserting “just kidding,” it was classified as inoculation.

Take Rush Limbaugh, for example. When the conservative radio personality made fun of the tie worn by one of his guests who was a member of the military, the famously aggressive host immediately shielded himself from his audience’s likely negative reaction with a quick “I’m only kidding.”

As the second-most-common use of “just kidding” in the data pool, speakers did leave time to respond, but the response—or lack of one—made it clear the attempt at humor or play had failed.

In their study published in the Journal of Pragmatics, the researchers cited the following exchange between an air traffic controller at Atlanta’s busy Hartsfield-Jackson airport and the pilot of a passenger jet preparing to land:

Pilot: Cleared to land, 27 left. Uh, we do not have a gate yet so you might want to figure out someplace for us to park while we sort it out.

Tower: I’m kidding. Delta 630, after your landing I’ve got no one behind you. Expect to exit right….

Given the need for precise, utilitarian information in air traffic discourse, even the controller’s quick attempt to clarify the humorous intent didn’t save the joke from failing—and with negative consequences for all involved since Flight 630 couldn’t land until almost an hour later.

As this costly example suggests, “just kidding” isn’t a sure fix for a bad joke, but people often invest great hope in its power.

Bell, who recently published a book about failed humor, expected the “repair of failed humor” function to be the number one reason people say “just kidding” in conversation, but it accounted for less than 12 percent of the study corpus. In fact, it was the overwhelming prevalence of the inoculation function that roused her curiosity and set the broader research project in motion.

“I noticed that people say ‘just kidding’ even before giving a chance to respond or to recognize their humor has failed. They’re obviously not repairing, so I thought some other things must be going on,” she said.

By analyzing the data qualitatively, Bell’s team also turned up two additional functions of the phrase, which they dubbed “return to serious” and “set-up-a-new-joke.”

To revert or to subvert?

About 8 percent of the instances of “just kidding” in the research data were efforts to steer the conversation back to a serious or non-playful frame, falling in the “return to serious” category. Another 6 percent served to thwart expectations and extend the previous joke. Although less common, the use of “just kidding” to set up a new joke piqued the researchers’ interest, Bell said.

“With this function, a speaker uses ‘just kidding’ to set up an echoed or enhanced version of the original joke,” she said. The hearer is essentially tricked into assuming “just kidding” signals the retraction or inoculation against a risky or offensive jest, but it has just the opposite effect.

Who are safer drivers, men or women? Well, according to a new survey, 55 percent of adults feel that women are most responsible for minor fender-benders, while 78 percent blame men for most fatal crashes. Please note that the percentages in these pie graphs do not add up to 100 percent because the math was done by a woman.

For those of you hissing at that joke, it should be noted that that joke was written by a woman. So now you don’t know what the hell to do, do you?

The average reader would expect MacDonald’s “just kidding” to be an attempt to soften the sting of his preceding remarks, but it actually set up the final tease. Anticipating repair, inoculation, or a return to seriousness after MacDonald’s sexist joke, the audience was unprepared for his expansion of the remarks he had just ostensibly retracted.

“This function subverts the more typical understanding of ‘just kidding’ in ways that allow a speaker to purposefully flout conversational expectations,” Bell said.

The reason people choose one strategy over another may be related to the type of humor and level of aggression, or the degree of intimacy between the kidder and audience. Timing—such as delayed feedback to blog posts—could also influence their choices. 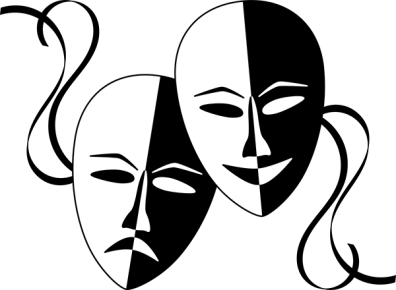 And although people who use “just kidding” to regain a serious tone may be signaling that they consider their own jokes extraneous to the conversation’s greater goals, those who ply it to set up a new joke aren’t necessarily neglecting rapport. If violating behavioral expectations enriches the shared humor, it could also enhance rapport, the researchers said.

“Intuitions about how we use language are quite poor, which makes this kind of systematic, empirical inquiry necessary,” Bell said. “Often, as in this study, unexpected and even counterintuitive functions of language are revealed.”

Viewed as a whole, the four functions of “just kidding” identified in the study align well along the continuum of rapport management, the researchers said. The inoculation and repair functions serve mostly positive, affiliative ends, working to smooth and maintain relationships. The return-to-serious function has a more neutral effect, largely dependent on the situation and intent.

The set-up-a-new-joke function seems to pose the highest potential to backfire by subverting expectations and escalating potentially offensive humor. But it also could strongly influence positive rapport by inviting hearers to revisit the initial humor—and maybe laugh at themselves—delivering even more laughs for everyone.

Her recent book We Are Not Amused; Failed Humor in Interaction (De Gruyter Mouton, 2015) represents the first comprehensive study of failed humor, placing it in the broader category of miscommunication. The text examines the strategies both speakers and hearers use to avoid and manage failure, and highlights humor’s critical role in social identity and relationship management.

Bell also coauthored Humor in the Classroom: A Guide for Language Teachers and Educational Researchers (Routledge, 2015) about the social and cognitive benefits that humor and language bring to classroom discourse and additional language learning.