After an unusually close and contentious U.S. presidential race, three WSU political scientists talk about the state of the electorate, the tone of the campaigns, and important issues ahead.

Cornell Clayton, professor of political science and director of the Thomas S. Foley Institute for Public Policy and Public Service: 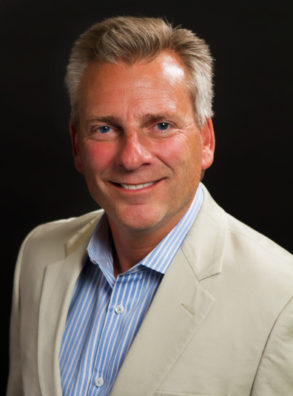 “Everything has changed, and everything remains the same. For the first time in nearly 14 years, we will have unified government under the Republican Party. The last time this happened the president also had won the Electoral College but lost the popular vote. Our nation was deeply polarized and closely divided before the 2016 election, and it remains so after. In fact, we’ve been more closely divided for a longer period of time than at any other point in history. A Trump presidency is unlikely to change this.

“Perhaps the most interesting thing to emerge from this election cycle is not just the horizontal cleavage between left and right, which has been growing deeper and more intense for the past 20 years, but the separate, vertical cleavages within both parties. We have intra-party dynamics instead of just inter-party dynamics. We’re seeing conflicts between populist ideas and establishment ideas. These will be fascinating. We’re still going to be deeply divided, but now we have this new axis, this cleavage within the parties themselves.” 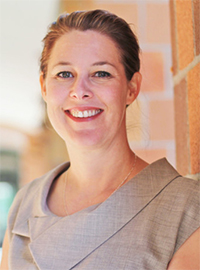 “What is new is that the division in the electorate doesn’t merely break down along party lines—it transcends political parties, exposing contrasts between the urban and rural areas of the country and in the way elites and the ‘masses’ perceive each other. Post-election, I’ve read many interesting accounts of Trump supporters in the Midwest and the Rust Belt that provide insights about the level of discontent in these regions, which is where the election was decided.

“Given what I think is an over-reliance on flawed polling data to predict outcomes, I would like to see electoral politics taught in a way that focuses more on historical trends and qualitative research approaches that help us better understand the American voter. The current turmoil within both political parties—which may be facing historical realignment—also suggests that we need to study party politics more. For both parties, we see large swaths of voters rebelling against what is considered the establishment and party core. That is very important.

“At the same time, we need to examine the significance of the news media and social media in presidential campaigns. President-elect Trump was able to effectively leverage the media to a successful nomination and eventual win. It’s important to understand where people get their news because of the increasing tendency to seek out information that confirms one’s own perspective and rejects information that would challenge it. This echo-chamber effect—which makes it less likely people will welcome diverse viewpoints—makes understanding each others’ perspectives, deliberating issues, and compromising much more difficult.” 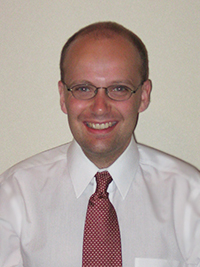 “In some ways we shouldn’t have been surprised by the results. If we were predicting two years ago a race between a generic Republican and a generic Democrat, we would have predicted a really close race. In some ways we were blinded by the particular Republican candidate and his failure to run a conventional campaign. We also thought that when a party’s not unified it has a difficult time winning elections. Well, the Republican party was definitely not unified, but maybe that helped Trump win because it distanced him from the Republicans and the Democrats, neither of which is particularly loved by the people nowadays.

“At least anecdotally, some people who voted for Donald Trump this election campaign didn’t like him at all, thought he was immature, and wouldn’t want him watching their children. But they’re fed up with Congress, they’re fed up with the political parties, and they agreed that the system is rigged in the sense that certain people are advantaged in our society. They decided the way to shake things up, to vent their frustrations, was a vote for Donald Trump and not a vote for Hillary Clinton, who is and has been part of that Washington establishment for the past 25 to 30 years. We had an election in which the people were wanting change and the Democratic nominee could not offer that.

“We’re a closely divided, polarized country and I think we’re going to continue to see very close elections in the near future. It will be interesting to watch how the Republicans are able govern over the next two to four years. It’s a party that’s deeply divided, but they hold the levers of power. How will that work out? Power may reduce those divisions or expose those divisions. We may see some major clashes and just as much gridlock as if Hillary Clinton were president.”

Clayton: “Concerns about the nature of our civil discourse have existed for some time. From a historical perspective, we shouldn’t be that concerned or that surprised that our civil discourse has become much more heated and much more raucous during this period because it always does so during times of deep political polarization, when we’re deeply divided as a country. As bad as it is today, it has been worse, a lot worse.

“If you go back to other periods of polarization in U.S. history—the elections of 1800 and 1824, the Civil War period, obviously, and the elections in the 1890s, in the 1930s, when Franklin Roosevelt was elected, and again in the 1960s—during all these periods you had major changes in party structures and you had social unrest, riots in the streets, political assassinations even, and lots of bitter, angry political discourse.

“I like people being civil to each other, but the protests you’re seeing in the streets right now don’t bother me so much. They are part of democratic politics and the expression of opposition. There were lots of riots and protests in the 1960s when Richard Nixon was elected and again in the ’80s when Ronald Reagan became president. And, y’know, the Republic survived.

“Our political discourse and rhetoric now is much better than in most of those periods, so there’s hope from a historical perspective. But I do think one of the things that should concern us is the degree to which the polarization and division of the two parties has become racialized.”

Long: “Many elections in U.S. history have been uncivil, but this cycle was the worst in recent years. We’ve seen polarization of our national political institutions move to polarization in our state legislatures and in our local governments. And there is polarization among the electorate. So the harshness of the rhetoric of this election, the winner-take-all mentality, and the inability to have productive conversations about policy issues is already here.

“Our profession has only recently started to research this. I suspect we will see it increase in the immediate future because of the divisiveness of this election. It will only start to turn around once we address the root causes of the polarization, which is the realignment of the political parties that occurred in the mid-’60s, the closeness of elections, and income inequality among the voting public. It will also turn around if we place a greater emphasis on deliberative dialogue on difficult issues. We need to teach people how to engage in civil discourse—starting in K-12 but also in higher education and in the community.”

Ridout: “Despite the ugly nature of the 2016 cycle, the tone of advertising this year was not more negative than in the past couple presidential races. In the Clinton campaign, advertising was more focused on character issues as opposed to political issues, and we saw more use of the candidate’s own words in ads by both campaigns, which is not a complete departure but a different emphasis than in the past.”

Clayton: “What’s important in thinking about elections is to focus less on who wins and loses and more on what we are arguing about. We need to forget about personalities and party labels and focus on the important issues and ideas. Party divisions do not come from nothing, they reflect deeper, substantive fault lines in society. For some time now America has become more and more polarized over how to respond to several important challenges.

“These include, but certainly aren’t limited to: the globalization of markets and the economy; growing inequality in the distribution of income and wealth; the impact of immigration and the changing demographic face of America; the threats posed by re-emerging religious fundamentalism and global terrorism; and the challenges posed by climate change and environmental degradation as demands for energy grow in the developing world.

“All of these issues impact our lives in dramatic ways, changing the way we work, earn livelihoods, raise families, think about our social and cultural institutions, etc. And we have not been able to forge anything like consensual responses to them.

“Should we increase taxes on the wealthy to provide more public funding for public education and healthcare as a way of ensuring a more equitable distribution of the benefits that globalized markets produce for American corporations and wealthy investors; or should we scrap free trade agreements and try to bring high wage manufacturing jobs back to our shores? Should we increase minimum wage laws so workers earn living wages and require businesses to reduce or pay the costs of environmental damage produced through carbon emissions; or should we reduce regulations on business and unleash the power of entrepreneurialism to solve these problems?

“We have record numbers of immigrants today in the United States—should we think of them as bringing dynamism to our economy and culture; or should we be concerned about our traditions of cultural identity and competition for low-skill jobs for American workers? Should we see jihadist terrorism as an existential threat requiring an offensive military response and massive mobilization of forces; or should we treat it as a dangerous but containable threat that we should respond to with defensive force and an emphasis on America’s ‘soft power’?

“These ideas were evident in candidate Trump’s anti-Muslim and anti-immigrant rhetoric during the campaign. I think that’s especially troubling given our country’s heritage as a nation of immigrants, a pluralist nation that’s not defined by any specific ethnic or cultural or religious group, but a nation of many ethnicities, races, and religions and it always has been.

“The real question going forward is whether the Trump administration is able to implement a nationalist–populist agenda and replace the Reagan Republican party with this new populist party, which is very much antithetical to many Reagan ideals, including free trade, economic libertarianism, and social conservativism—or if he is ultimately tamed by the establishment wing of his own party in Congress, in which case we will see a continuation of our older left–right political divide.

“As President Obama has said, American government is not like a speed boat, it’s more like an ocean liner—it takes a long time to turn.”