By encouraging a diversity of voices, the Initiative for Public Deliberation seeks to reinvigorate the democratic process.

At any level of government, it’s hard to get people to listen to each other. Without consensus and compromise, problems don’t get solved—they just become bigger problems.

“The current system is broken,” said Carolyn Long, associate professor in the School of Politics, Philosophy, and Public Affairs at WSU Vancouver. To bring an issue to the attention of local government, people “go before elected officials, are given three minutes to participate, and they often yell. And leaders don’t respond because they don’t like being yelled at. It is ineffective.”

WSU Vancouver and the Thomas S. Foley Institute for Public Policy and Public Service’s new Initiative for Public Deliberation has an ambitious goal: to strengthen democratic government by replacing rigid partisanship with listening and conversation. “We want to find a way for people to be engaged in a new way,” Long said.

Everybody has ideas. But unless they feel heard, they may clam up, leaving the loudest voices to win the argument. That’s the state of public discourse today. 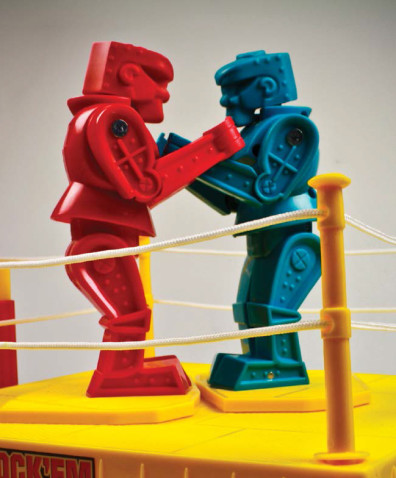 And that’s where IPD comes in. It moderates discussions, enabling all voices to have a say. While other organizations—such as local governments, institutions and foundations—develop the issues for discussion, IPD keeps the discussion purposeful and civil—and then keeps the conversation alive afterward with follow-up reports for participants and public officials.

“We provide trained student facilitators and note takers to moderate conversations around policy issues,” Long said. “And we seed the conversation so participants narrow in on the policy problem, consider the unintended consequences of policy solutions and work toward finding common ground.”

Participants are assigned to small groups, each at a table with a facilitator and note taker. There are ground rules that everybody must heed. To encourage engagement, facilitators draw people out— especially those who are quiet—and ask those with suggestions also to consider the tradeoffs and implications of their suggestions. “It makes for a richer conversation,” Long said.

In a class last spring, “Public Discourse in a Time of Incivility,” Long trained 17 students to be facilitators. They learned about active listening: how to draw people out, recognize body language, paraphrase rambling ideas. They did practice sessions and critiqued each other. “It was fascinating,” said Sean Philbrook, a public affairs major and student in the class. “What we learned could be applied to our future careers.”

“I learned to use facilitation in conversations I was having every day,” said Dan Higgins, a student facilitator for IPD.

IPD made its debut in spring 2015, moderating six civic forums on affordable housing in Clark County. The topic emerged from the 500,000 Voices survey conducted by the Community Foundation of Southwest Washington. Affordable housing was identified as a major policy concern of residents, second only to access to higher education.

The Community Foundation sponsored the forums, along with Identity Clark County. Held in rural, urban and suburban locations, the six forums drew more than 250 participants. There was no hierarchy: ordinary citizens, elected officials, developers and people in need of affordable housing—all sat at the same table and shared ideas.

“A lot of people were trying to solve the issue,” Higgins said of the housing forums. “We were there to help guide the conversation.”

IPD came along at just the right time for the Community Foundation, said its president, Jennifer Rhoads. The foundation was looking for a way to engage with more local citizens—not only civic leaders—around social issues.

Hearing about Long’s work, they suggested a partnership. “We’re a grant-making organization first and foremost,” Rhoads said, “and if we can partner with nonprofits in the community to help us do the work, it’s the best possible scenario.”

In addition to the forums on affordable housing, IPD moderated two one-time discussions last spring: one titled “Where Have All the Voters Gone” for Clark County and another on improving college access for the Southwest Washington Community Summit on College Access at WSU Vancouver. Next fall, IPD will continue its work on access to higher education by holding forums for parents. In the spring, with a Diversity Council grant, Long will lead IPD in two series of conversations about race.

IPD is now following up on its initial forums, analyzing data and preparing reports to share with sponsors, participants and public officials. “The reports show how the community feels about the issue,” Long said. “If someone in a policy role finds it useful, we’re happy.”

Rhoads values the follow-up component of IPD. “We need to figure how to keep the conversation alive,” she said. “We will work with nonprofits in the affordable housing space to advance some of those ideas. We are starting some of that work now with the Council for the Homeless.”

As it identifies more opportunities to be part of conversations, IPD is also working toward becoming a formal center within WSU’s Foley Institute. “We are in our infancy and need funding to be recognized as a center. But it is our goal,” Long said.

Success is difficult to quantify, but feedback from the first forums indicated that participants truly felt heard. Results of their conversations will take time, but it’s a hopeful start.

“In the end, what this gets down to is how do we get democracy back into our community?” Rhoads said. “How do we hear from our citizens about issues that matter to them but aren’t twisted and misrepresented and stifled? I think it’s kind of exciting!”

To Long, IPD is a natural extension of the university’s role in the community. “The whole point is for the university to be a steward of place,” she said. “The university is seen as a neutral institution that can host a conversation and share perspective but doesn’t have an agenda.”