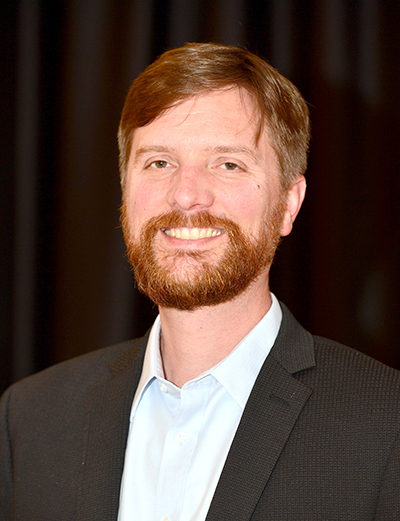 Drawing on never-before-seen archival materials, Matthew Avery Sutton is uncovering details about a secret army of religious activists whose covert operations in World War II laid the foundation for development of the CIA and continue to influence U.S. policy today.

His proposed book on the topic, tentatively titled FDR’s Army of Faith: Religion and Espionage in World War II, recently won for him a prestigious fellowship with the John Simon Guggenheim Memorial Foundation. An accompanying $50,000 grant will fund his further research for the book, to be published by Basic Books in 2019.

Established in 1925, the Guggenheim fellowship is among the most respected awards conferred annually to scholars and artists in the United States and Canada to support work in the arts, humanities, social sciences, and scientific research.

Sutton, who is the Edward R. Meyer Distinguished Professor in History at WSU, is among 178 scholars, artists, and scientists chosen this year from almost 3,000 applicants “on the basis of prior achievement and exceptional promise.” He is the eighth WSU faculty member to receive a Guggenheim fellowship since 1959 and the first since 2008.

“This fellowship will go a long way toward finishing my new book and conducting additional research in the National Archives, Library of Congress, and Roosevelt Presidential Library,” Sutton said. “I’ll also be able to incorporate new materials into my undergraduate teaching.”

A history of award-winning research

Sutton joined the WSU faculty in 2008. He is an expert in the relationships among religion, politics, and American culture from the late 19th century to the present, and has held fellowships with the National Endowment for the Humanities, the Fulbright Scholar Program, and the Woodrow Wilson National Fellowship Foundation.

“Professor Sutton’s strong record of scholarly productivity has made him an outstanding member of a small cohort of young scholars who are reshaping the field of 20th-century American religious history,” said Steven Kale, chair of the history department.

The analysis of religion and espionage in his forthcoming book “highlights the substantial but little-known role that religion played in World War II as President Franklin Delano Roosevelt pushed Americans to see global religious freedom as fundamental to American security for the first time,” Sutton said.

“It also illustrates how religious activists’ entwining of faith and patriotic duty made them some of the nation’s best spies, willing to sacrifice everything to execute their missions. And it reveals how the U.S. government and the actions of religious activists facilitated the rise of a new religious nationalism ostensibly grounded in the championing of global freedom of religion, which continues to shape American policy to this day.”