Dutch babies like to cuddle more than their American counterparts and they laugh and smile more. U.S. infants, on the other hand, are typically more active and vocal than their Dutch peers.

That’s according to a new study examining temperamental differences between U.S. and Dutch babies, co-authored by Maria (Masha) Gartstein, associate professor of psychology.

Gartstein and her colleagues found infants born in the Netherlands are more likely than U.S. babies to be happier and easier to soothe six to 12 months after birth.

The study results, published in the January 2015 print edition of the European Journal of Developmental Psychology, in many ways reflect American and Dutch parents’ unique cultural practices and values, Gartstein said.

U.S. parents often emphasize the importance of stimulation, exposing their children to a wide variety of new experiences to promote cultural ideals regarding independence. Parents in the Netherlands are more likely to incorporate children into daily activities at home, placing strong value on the importance of rest and regularity. 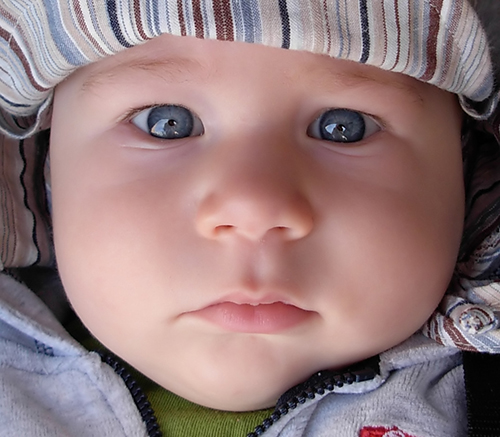 A greater understanding of these values and the impact they have on an infant’s temperament will help psychologists develop fine-tuned approaches to preventing infant temperament issues from becoming behavioral problems later in life.

“The influence temperament has on developing behavioral problems likely varies from one country to another,” Gartstein said. “If we are aiming to prevent behavioral problems which are a known precursor for more serious psychological problems, we need to know more about the values and expectations parents bring to the child-rearing table.”

Gartstein recruited 135 new families in the Pullman-Moscow area to take part in the U.S. portion of the study.

Mothers used the Infant Behavioral Questionnaire (IBQ-R) to record the frequency of 191 different behaviors their child displayed at six and 12 months after birth. The researchers then used statistical analysis to rate babies along 14 different dimensions that ranged from cuddliness to vocal reactivity.

“Our questionnaire improves on the methods used in previous studies because it focuses on concrete behaviors in specific contexts rather than relying on global ratings of the child’s traits,” Gartstein said. “It gives us a powerful lens to examine the developmental interplay between persons and their environments in different cultures.”

A cultural emphasis on cognitive stimulation may lead U.S. infants to be more active and aroused than their Dutch counterparts, the researchers suggest. American infants also demonstrated higher levels of fear, frustration, and sadness and lower levels of falling reactivity.

“It was very interesting for me to go through the prep courses we offer for first-time moms in the United States,” Gartstein said. “The emphasis on cognitive stimulation—teaching moms how to use toys to interact with their baby, reading books aloud to infants, etc.—becomes really clear.

“In the United States, a lot of us want our kids to be smarter earlier so we tend to expose them to new and stimulating things,” Gartstein said. “This frequent exposure to novel and intense activities may lead U.S. babies to be more active.”

In contrast, Dutch babies demonstrated greater expressions of happiness during routine activities and were easier to calm or soothe when upset. The researchers hypothesize the Dutch infants’ relatively calm demeanors were due in part to a more regulated sleep schedule and lower-intensity activities.

“Two things that are very important to Dutch parents are reserving specific times for sleep and not over-stimulating their children,” Gartstein said. It’s not uncommon for parents in the Netherlands to send cards to friends inviting them to visit at specific times so they won’t interrupt the baby’s sleep schedule, she said.

“I was also struck by how little Dutch parents use toys when they play with their children, relative to U.S. parents. Their interactions seem much less object oriented.”

The next step in the research will be to conduct follow-up studies observing actual child and mother behavior, said study co-author Roseriet Beijers, a psychologist at the Behavioral Science Institute at Radboud University in the Netherlands. 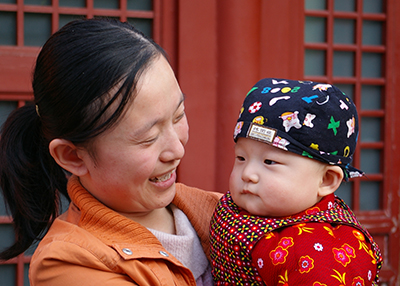 Gartstein said she hopes cross-cultural developmental research will be expanded to include other countries and cultures from around the globe.

Cornelia Kirchhoff, doctoral candidate in clinical psychology, is currently working with Gartstein to wrap up a study comparing the impact of child temperament on behavioral problems for infants in the United States and Germany. Kirchhoff is using both IBQR study data and parent interviews for her project.

“Developing hypotheses and finding theories that deliver explanations for differences in child temperament between countries has probably been the most exciting part of the project,” she said. “There were also several hilarious scenes with toddlers who either tried to grab my camera or wanted to involve me in their interaction with their mother during my home visits.”

Study co-author Sam Putnam, a developmental psychologist at Bowdoin University, is leading an effort to translate the IBQ-R into different languages to make it easier for non-western countries to participate in the research. To date, he has collected temperament data from 18 different countries.

“I imagine at some point there will be a big study comparing all of these different cultures,” Gartstein said. “It will really open the floodgates for cross-cultural developmental research.”