Awake at the wheel: New tech aims to save lives

Drowsy driving in America kills nearly 1,000 people and costs the nation an estimated $7 billion per year. Responding to this critical issue, a team of WSU researchers is working across multiple disciplines and campuses to develop a device to help keep drivers awake while on the road.

Dene Grigar, professor of English and director of the Creative Media and Digital Culture program at WSU Vancouver, is leading development of an app to enable the device to interface with a driver’s phone or tablet computer.

Currently in prototype stage, the device uses sensors in a vehicle’s steering column to measure a driver’s normal movements and then produces a warning if changes in the steering pattern indicate sleepiness.

The technology relies on an algorithm developed and patented by Hans Van Dongen and colleagues in the WSU Sleep and Performance Research Center in Spokane.

Sandip Roy, in the School of Electrical Engineering and Computer Science, is working to improve the quality of the sensor data (or signal) to increase the algorithm’s effectiveness.

Other collaborators in the market evaluation and commercialization efforts include staff and students in the CAS-led Scholarly Knowledge, Innovation, and Leadership Development program (SKILD at WSU); the Business Growth Mentor & Analysis Program at WSU Vancouver; and the WSU Center for Innovation in Spokane, which is coordinating the broader project. 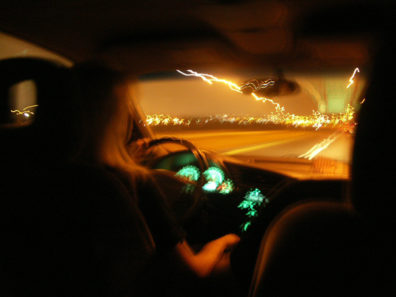 Probably the most immediate market for the combined final technology is the trucking industry, which puts drivers behind the wheel for hours at a time and on strict schedules. It could soon be extended to personal vehicles, as well.

The new app would work through a driver’s mobile phone or tablet computer mounted on the vehicle’s dashboard to deliver an audible alert. The driver could customize the warning—loud music or a traditional alarm, for example. The alarm would sound when steering patterns deviated from the driver’s established norms.

Working with students in her digital technology and culture senior seminar, Grigar hopes to complete the app this fall.

In final form, the new technology would be integrated into the vehicle’s on-board computer, said Brian Kraft, director of SKILD at WSU and the CAS business development office. “Car manufacturers—like Toyota and Ford—could look at this technology and say, ‘we want to build this directly into our cars to make them safer.’”

The innovative WSU device should be a major improvement over current systems that rely on cameras to track lane position or eye movements, Van Dongen said. These systems aren’t especially reliable, and may not warn a driver “until it’s already too late,” he said. Various factors that can reduce existing devices’ effectiveness include low light, faded paint, snow, and even sunglasses. 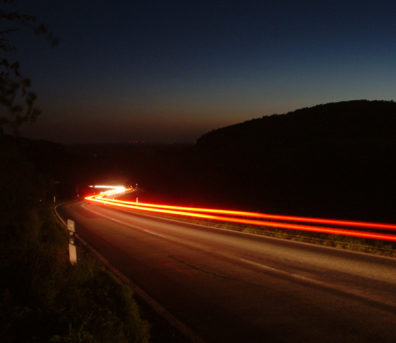 Other existing driver-based systems—which are part of the growing number of “wearables”—measure physiological responses, but they’re often cumbersome and can seem intrusive, Grigar said.

The WSU invention “should work day and night, dark or light, glasses or no glasses—and it’s customizable from user to user,” she said.

Other technology based on steering wheel movements is relatively rudimentary, according to Van Dongen. “There’s a belief out there that’s not very well substantiated that people make jerky movements when fatigued, but that’s not always true, and everyone recognizes that that’s just one component in a large set of variables.”

The technology Van Dongen’s team developed already has passed rigorous simulation testing at WSU Spokane, he said. Their algorithm has been used to analyze steering wheel signal data from more than 400,000 miles of driving time in trucks to identify signs of fatigue.

The purpose of the prototype is to collect data that will demonstrate safety benefits for users and validate both the device’s effectiveness and its marketability, Kraft said.

Last March, WSU was awarded a U.S. patent on the algorithm developed by Van Dongen’s research group and its application to the detection of fatigue.

Since it would use steering wheel sensors, which are “ubiquitous,” it should be easy to implement, said Michael Ebinger, director of the Center for Innovation. Discussions with a local trucking company about testing and commercialization already have begun, he said.

“This is a great example of how multiple groups on campus can all positively contribute to the development of a consumer device that builds from our basic research and makes our roads and communities safer,” Kraft said. “SKILD at WSU was developed to support commercialization projects just like this.”