Looking behind the numbers: Connections key to social research

A few years ago, the Washington State Patrol noticed some worrisome statistics about traffic stops and became concerned about potential racial profiling by troopers. But suspicions weren’t enough. Facts were needed. 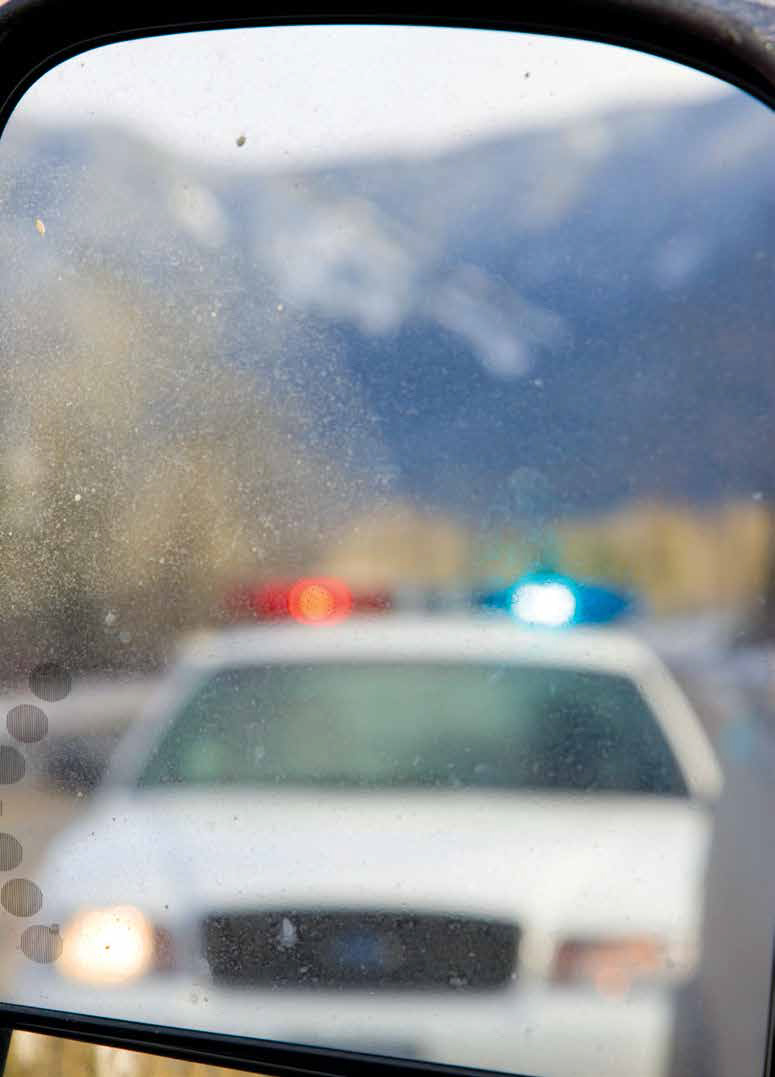 For an objective analysis, the state patrol turned to Clayton Mosher, professor of sociology at WSU Vancouver. Mosher and colleagues analyzed data for state patrol stops statewide by race/ethnicity. Although they found no evidence of systematic racial profiling, they did notice some statistical anomalies. For example, in the Port Angeles area, where African-Americans made up just 1 percent of the population, they accounted for approximately 12 percent of the patrol stops.

Those numbers were concerning. But by talking to command staff and troopers directly, Mosher and his colleagues were able to put the numbers into context. The officers pointed out that the Port Angeles jurisdiction included Clallam Bay Prison, where nearly half of the inmates were African-Americans, with African-American family members and friends who drove in and out for visits.

Of course, this did not rule out racial profiling, Mosher said, “but it did help us explain the disparity. There was a lot more context, and we would not have known if we had not asked.”

Tales from the trenches 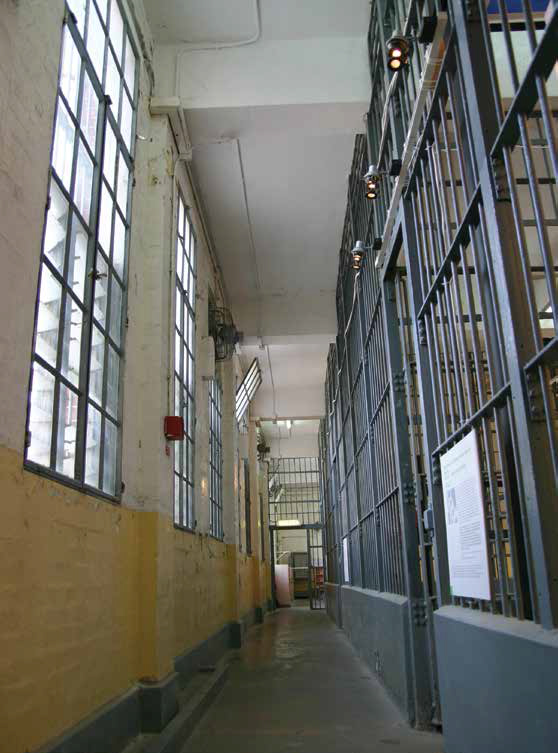 Mosher, a prolific researcher and author, is an ardent proponent of on-the-ground sociological research, or “being in the trenches.” While research often begins with computerized data analysis, the whole story emerges only by including personal conversations and questions.

“You can get all the statistics you want,” he said, “but if you don’t understand the people who are ‘on the ground,’ you’re not going to figure out what’s going on.”

His position is that all politics is local, and his studies fall into the category of engaged research—a form of academic scholarship that involves campus-community partnerships to examine questions of mutual interest and importance to society.

Mosher, a native of Thunder Bay, Ontario, Canada, initially planned to become a lawyer. He was working toward his master’s degree in criminology at Simon Fraser University in British Columbia when he realized “you weren’t going to change the world by being a lawyer.” So he switched gears, earning a Ph.D. in sociology from the University of Toronto in 1992 and beginning to publish his research. His master’s and doctoral theses focused on drug policy.

He taught at two Canadian universities before joining the WSU sociology department in Pullman in 1995. As a member of the research advisory board for what was then the Washington Division of Alcohol and Substance Abuse, he got to know a lot of influential people in the criminal justice field.

Mosher built a network by participating in a variety of academic and community meetings and continuing to publish research in journals that mattered to professionals in the field but were not necessarily as prestigious academically—such asLaw and Policy, Police Quarterly, Prison Journal,and the Journal of Child and Adolescent Substance Abuse. As he became known, more research opportunities came his way.

In 2001, Mosher moved from Pullman to Vancouver, where he immediately started establishing local connections.

He has worked with law enforcement, probation counselors, judges and other court officials, school personnel, drug prevention and treatment experts, local homeless and food bank councils, and state officials at various agencies. The common thread among them, Mosher said, is a commitment “to issues of social justice and to doing the right thing for the people they serve.”

They may not always agree with him, he added, but differing perspectives and disagreements often bring about mutual learning and better-refined research projects. He often invites research contacts to speak to his classes so that students have the opportunity to hear those varied perspectives.

In addition to dozens of journal articles, Mosher has written five books, some of which have become widely used college textbooks. His first book wasDiscrimination and Denial: Systemic Racism in Ontario’s Legal and Criminal Justice Systems (University of Toronto Press, 1998).

Drugs and Drug Policy: the Control of Consciousness Alteration, written with his former graduate student Scott Akins, now an associate professor of sociology at Oregon State University, was published in 2006 and is currently in its second edition.

“Perhaps most controversially, Akins and I note that the distinction between drugs that are currently legal and those that are illegal is arbitrary,” Mosher said, “and that U.S. drug policy has caused considerable harm.”

Mosher is also the lead co-author, with Terrance Miethe and Timothy Hart, of another book that is also in its second edition, The Mismeasure of Crime. The book takes a historical perspective in documenting how erroneous data used in reporting crime has often been translated into questionable theories and policies.

The work of which he is particularly proud, done with Greg Hooks, professor of sociology at WSU Pullman, was published in Social Science Research in 2013 as “Prisons, Jobs and Privatization: The impact of prisons on employment growth in rural U.S. counties, 1997–2004.” Based on a nationwide, county-level analysis, the research upended the popular belief that building private prisons is a way to increase employment in rural areas. Mosher and Hooks had previously published journal articles focusing on the impact of prisons more generally.

“This work has shown that, despite the rhetoric of legislators and the beliefs of considerable numbers of citizens, prisons do not create jobs or otherwise contribute in a positive way to the economy,” Mosher said.

In making this case, he has had to overcome a lot of skepticism among the media and local governments.

“We can actually document that prisons have not been built as a result of the research,” Mosher said. 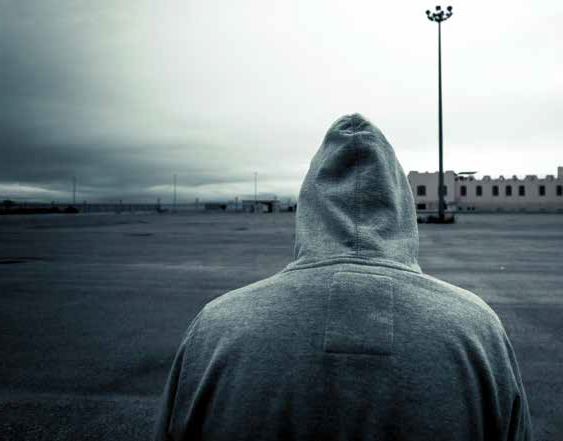 Mosher is also proud of a gang assessment study for the Vancouver police department in 2012. The study emphasizes the importance of local connections and partnership. “It absolutely relied on contacts I have in the community,” Mosher said. For example, neighborhood associations, youth-serving agencies, law enforcement, and schools all shared their views—and data.

Mosher has a strong interest in research with a practical application—work that, like the prison study, can change the way decisions are made and the way people work. For example, in Clark County, Wash., he conducted research that was part of an effort to reduce truancy. By analyzing data on young people affected by truancy, he uncovered the fact that many kids resort to truancy after suffering “adverse childhood experiences,” such as the incarceration of a household member or domestic violence in the household. That information helped change reporting practices and has improved the community’s responses to truancy, Mosher said.

The research and the change it generated came about because of talking to people dealing with truancy in Clark County. Mosher credits the “tremendous cooperation” of youth workers and agencies in helping with the study.

“Research is about relationships,” Mosher said. “You have to build relationships with people, and those evolve over time.”

Mosher is currently working with Clark County on an initiative to reduce the number of youth placed in detention. He is also conducting research on the implementation and effects of marijuana legalization in Washington state. Among his longer-term projects are a study of the ways parental incarceration affects youth and a book about how large corporations routinely victimize consumers.

Three of Mosher’s influential books, left to right: Discrimination and Denial (1988), his first book, explores racism in Ontario’s criminal justice system. Drugs and Drug Policy, with Scott Atkins, first published in 2006 and now in its second edition, discusses the sometimes-arbitrary distinctions between legal and illegal drugs. The Mismeasure of Crime, with Terrance Miethe and Timothy Hart, first published in 2002 and also in its second edition, documents how bad data negatively impacts public policy.

—Thanks to Sylvia Lindman, marketing and communications, WSU Vancouver