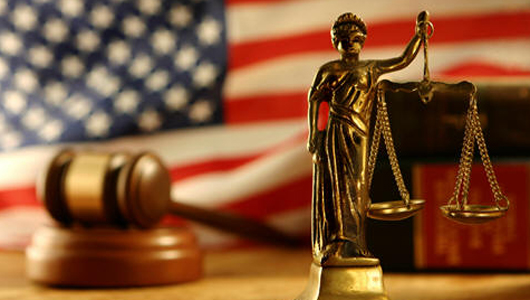 The Criminal Justice Club discusses controversial topics of law enforcement procedures and holds workshops and simulations to show different sides of what the media portrays about the system.

President Samantha Bill said the more involved one is with learning about crime from a police perspective, the more they can understand how the criminal justice system works. Bill cites many television crime shows as the basis for what people believe is the reality of the justice system.

WSU Police Officer Curtis Whitman gave a workshop on the culture of sexual violence from the perspective of a policeman, Bill said.

“That workshop taught us a lot about how to be as sensitive as possible to victims,” Bill said. “Some of those specific skills are not necessarily taught in a classroom setting.”
For others in the club, the sexual violence workshop helped shed light on a larger issue.

Junior club member Griffin Patrick said unless one is directly exposed to a workshop that teaches about the process law enforcement must go through with sexual assault cases, it may be difficult to truly understand.

“Officer Whitman basically taught us about how we, as a culture, have unconsciously allowed sexual violence to occur,” Patrick said. “He brought in a lot of his own personal experience that really helped us apply what he was saying to what we learn about in our classes.”

The club’s growing understanding of the justice system does not only discuss rape culture. They have also made field trips with the purpose of gaining a greater knowledge of police procedures.

One of these included a shooting simulation at the WSU Spokane campus. According to a WSU News release, the simulator is called the Counter Bias Training Simulation and formulates scenarios based on national police shooting statistics.

The members watched and participated in this workshop, which went through misconceptions held about police shootings, Bill said.

The club learned that statistically, police officers on average will spend more time debating their course of action when the suspect is a person of color, Bill said.

“This is an example of a benefit of being involved with the club,” Bill said. “There are a lot of general beliefs people have about the police that don’t always match with reality. That is really important for understanding the justice system.”

There is also a focus on less controversial aspects, Bill said, like when the club debunked some of the myths about polygraph tests.

“On crime shows, we learn that a polygraph test can tell whether you’re lying,” Bill said, “but in reality, it is an instrument that measures emotional responses.”

These emotional responses are physiological as well. This includes an increase in heart rate, perspiration and shortened breathing. A polygraph cannot identify a lie, but rather measures changes in these responses, Bill said.

“Overall, I think the club takes specific situations within the justice system and works to expand upon it,” Patrick said. “You learn things in the meetings that your classes may not actually cover.”

By Sydney Brown, The Daily Evergreen