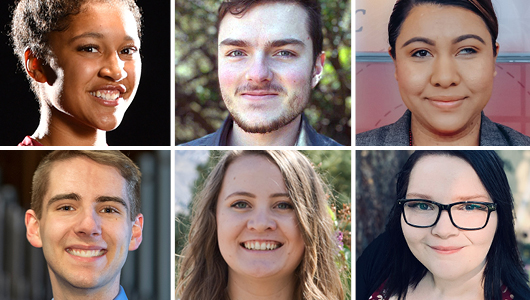 These women and men represent the highest standards in specific aspects of the college experience, including campus involvement, community service, athletics, and visual and performing arts.

Learn more about our Top Ten seniors and their plans for the future: 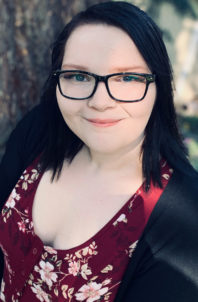 FAVORITE WSU EXPERIENCE
“One of my favorite experiences has been getting to know other passionate student government leaders, and collaborating and working together with them,” says Morgan Atwood. While chair of the system-wide WSU Student Government Council, she says, she strived “to open up cross-campus communication and collaboration between student leaders” and “instilled the values of being “One WSU.” As she and her fellow student leaders from ASWSU and ASWSUTC worked to bring Lauren’s Promise to WSU Global Campus, she says she learned that “we are stronger when we share solutions discovered at one campus with the others.” Lauren’s Promise, written by a WSU professor whose daughter was murdered by a stalker, is a commitment to ending sexual violence; the Promise has gone viral in universities throughout North America.

FUTURE PLANS
Atwood says she grew up poor but that her mother taught her to “dream big.” With the world “changing quickly,” Atwood says she is passionate about ending poverty and helping others realize their potential to achieve great things by overcoming disadvantages. Establishing measurable goals and providing emotional support are two key factors that contribute to a person’s or a community’s success, she says. A natural leader, Atwood points out that “leadership isn’t a role so much as it’s a process. It’s a way of empowering others.”

FAVORITE WSU EXPERIENCE
My favorite experience was this past season when we made it to the final four of the College Cup. It was something every little girl that plays soccer dreams about. Only four teams out of more than 300 in Division I make it that far, and it was the first time in WSU’s history that women’s soccer made it.

Another memory was when we made it to the Sweet 16 when I was a freshman. Most of our team were freshman players, and I was proud we made such an impact our first year coming in. I was so happy to be playing college soccer at such a high level. It wasn’t something I’d seen myself becoming – I didn’t think I would make it to a Pac-12 school. I was playing soccer in a small town in Wisconsin. My academics always came first, so being able to play soccer was big for me.

FUTURE PLANS
I’m applying for a master’s of physician assistant studies, probably at Northern Arizona University, University of Southern California or University of Colorado. I’d like to focus on dermatology or other types of surgery. I’m also interested in playing soccer professionally with the National Women’s Soccer League depending on how this next season pans out for me, but my first priority is graduate school. 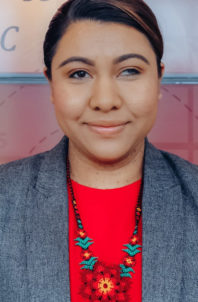 INVOLVEMENT
Co-founder of the Betancourt-Macias Family Foundation Scholarship, founder and director of Seeds for Liberation mentorship program; lead organizer for the Clark County Latino Leadership Youth Conference; vice president of diversity for the Washington Student Association; director of legislative affairs for Associated Students of WSU Vancouver (ASWSUV) for 2018-2019; vice president for ASWSUV for 2019-2020; president of WSU Vancouver Collegiate League of United Latin American Citizens; vice president for Youth for the Southwest Washington League of United Latin American Citizens (LULAC) Council; winner of a 2019 Distinguished Woman of the Year Award for WSU Vancouver; and the student representative of the WSU Vancouver Council on Equity, Diversity and Inclusion

FAVORITE WSU EXPERIENCE
Creating a campaign for a bill that will provide undocumented students with the ability to get funding through state-supported, low-interest loans. I came up with the idea of an orange ribbon with a monarch butterfly attached to it to signify migration and how beautiful it is. I also worked with undocumented students across all of the WSU campuses to come to Olympia and testify. In February, I testified before the Washington State legislature in support of the bill, SB 6561. For more than a year, I worked with a team to develop and advocate for the bill. It took a village. The bill was signed by Governor Jay Inslee in early April. It takes effect July 1, 2021.

FUTURE PLANS
I’m already working on another bill for undocumented students in the state of Washington. And I’m planning to apply to Harvard University for my master’s degree. I’m not giving myself another option. I’m taking a year off to study for the GRE and get all my paperwork and recommendations ready. I want to study higher education and leadership to pair with my sociology degree and come back to Vancouver. This is my home. This is where the community has embraced and supported me. I’m from La Paz, about an hour north of Cabo San Lucas. I came to Vancouver just before I turned 10. I am undocumented. I am 100 percent open about my status. If anything, I like it when people know that I’m undocumented and that I was able to accomplish all of these things. I’m also a single mom. One thing that really drives me is my son—and being able to let other single mothers know that even though we have kids, at the end of the day, we write our own stories. It is up to us. I want everybody to know: yes, I’m a single mother; yes, I’m undocumented; and yes, I’m graduating from college and planning to go forward with my education. 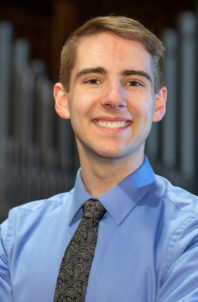 INVOLVEMENT
President and treasurer of Allegro: Student Association for Music Advocacy; president, vice president, and PR coordinator for Student Ambassadors at the College of Arts and Sciences; sang with WSU Madrigal Singers and Concert Choir; collaborative pianist and accompanist for lessons and performances; historian for the Honors Student Advisory Council; researcher with the Dowd Ecophysiology Lab

FAVORITE WSU EXPERIENCE
From singing with the WSU choirs everywhere from Reaney Park to his hometown, to presenting an organ recital and demonstrating the instrument to non-organists, musical performances were a highlight of LeClair’s WSU career. Seeing family, friends, and faculty in concert audiences made these events particularly special. LeClair was also instrumental in repairing a theater organ in the basement of Webster Hall, as well as restoring the Bryan Hall carillon. He says he was thrilled to get to play the bells for a variety of special occasions, including playing the Fight Song after WSU football home wins. “Just being on campus is special,” he adds, “there’s an infectious energy that is more than you can bargain for.”

FUTURE PLANS
Music will always be a part of LeClair’s life, he says. “It’s something I can’t live without.” He plans to keep it up through church choirs and working as an organist. But he loves science, too, especially animals. Already accepted into the WSU College of Veterinary Medicine, the future vet hopes (pandemic permitting) to first travel to the United Kingdom to earn a one-year master’s degree in marine biology. Though he’ll never truly finish his education, LeClair wants to establish a veterinary practice serving both large and small animals, while working with wildlife rehabilitation projects and aquariums. 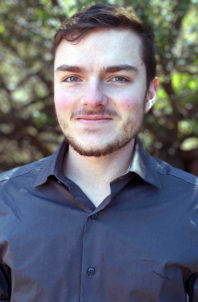 FAVORITE WSU EXPERIENCE
Born into a musical family, Colin Taylor started playing piano when he was 5, then went on to play cello and trombone before settling on the euphonium in his senior year of high school. One of his favorite experiences at WSU was ESPN GameDay in October 2019. WSU played Oregon—but the two marching bands were joined by the funk and jazz brass band Lucky Chops to form a 400-plus-member ensemble. “That was exhilarating!” Taylor recalls. He contrasts this with the School of Music’s Mug Club, where he got to socialize with fellow students and get to know faculty member—and drink coffee.

FUTURE PLANS
Next fall, Taylor will be student teaching at schools on the Palouse, as well as preparing for auditions for graduate school. Taylor hopes to earn a master’s degree in musical performance before going on to earn a doctorate and teach studio lessons at a university.

Read about all of the 2020 WSU Top Ten seniors on the WSU homepage.