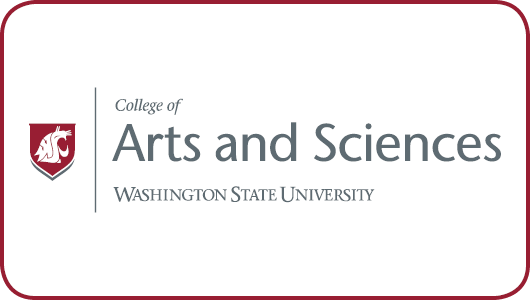 The WSU Office of Undergraduate Research named 12 CAS students as recipients of four different fellowships for 2020-21. Each will receive funding to support of mentored research, scholarship and creative activities for the 2020-21 academic year.

“In addition to the long-established Auvil and Carson undergraduate research awards and the NSF-funded Louis Stokes Alliance for Minority Participation (LSAMP), we received additional support this year from an anonymous donor. This made it possible to support the efforts of many additional student researchers,” said Mary Sanchez Lanier, assistant vice provost.

The Auvil Scholars Fellowship began in 2006 with a gift from the estates of Grady and Lillie Auvil, Wenatchee tree-fruit entrepreneurs. Auvil awards are available to undergraduate researchers from all majors, in all grades, from any WSU campus. Nearly 250 WSU undergraduates have received this award over the years; they are known as Auvil Fellows. The new recipients are:

The Scott and Linda Carson Undergraduate Research Endowed Excellence Fund, established in 2013, helps researchers as they progress in their careers. The Carsons, WSU alumni, have supported the university with their service and numerous financial gifts over many years. These newest awards bring the total number of Carson Fellows to 14, since the first in 2014-15. The Carson award gives preference to student researchers who are in their junior and senior years.

Thanks to the generosity of donors to the Undergraduate Research Development Fund, the office can make awards to a wide variety of students pursuing research. These general awards from the Office of Undergraduate Research have supported students across the university for a number of years.  Recipients of these awards in 2020-21 include:

Overall, 32 WSU students received 2020-21 awards totally nearly $50,000. All are students at Pullman and represent more than 20 majors across STEM and non-STEM fields. Awardees include five sophomores, 13 juniors, and 14 seniors; 18 females and 14 males; and, nine first-generation students. Thirteen recipients are members of the WSU Honors College.