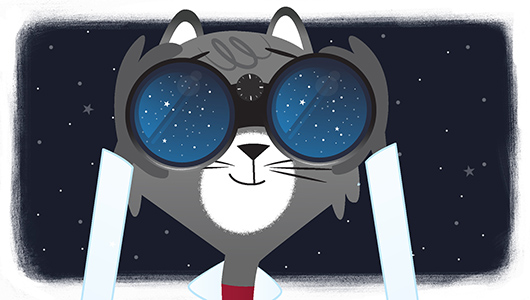 Space is actually a kind of vacuum, which means there isn’t a whole lot of matter, or stuff, out there between the planets and the stars.

For Earthlings like you and me, oxygen is an essential part of life. While 21% of Earth’s atmosphere is oxygen, my friend Yimo Liu reminded me it wasn’t always that way.

As a professor of biology at Washington State University, she is very curious about life on our 4.6 billion-year-old planet.

She said billions of years ago, tiny living things called cyanobacteria started to produce oxygen. Cyanobacteria make oxygen through photosynthesis, a process where they use energy from the sun to make their food.

As these little cyanobacteria made oxygen, the oxygen molecules built up in Earth’s atmosphere.

“After we have that first oxygen, other organisms that require oxygen start to evolve,” Liu said.

Different organisms get the oxygen they need to survive in different ways, too. Fish breathe in oxygen through their gills. Some amphibians absorb oxygen into their skin. Meanwhile, we breathe it through our lungs.

When oxygen reacts with some of the molecules that make up parts of your food, it also allows your body to make energy. All living organisms require energy to grow, move and survive.

In space, there’s not enough breathable oxygen to allow these processes to happen. Plus, in a low-pressure environment like space, even if someone did have air in their lungs, it’s likely the air would expand quickly and their lungs would burst. That’s why astronauts need space suits to give them oxygen and air pressure. 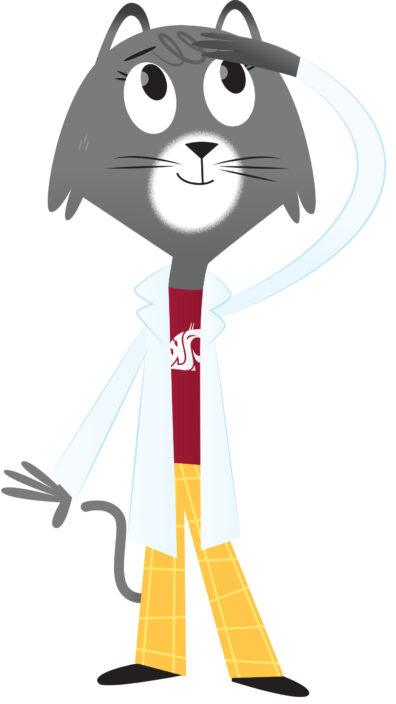 While humans can’t breathe in space, scientists and engineers have developed a safe and innovative place where people from all around the world can explore the final frontier: The International Space Station.

Astronauts aboard the ISS have to think about finding a source of oxygen, too. They often get deliveries of oxygen tanks from Earth. Water is another important resource they can use to create oxygen, too.

Just as atoms are like the building blocks that make up everything, we can sometimes also break these blocks apart. Water is made up of hydrogen and oxygen atoms.