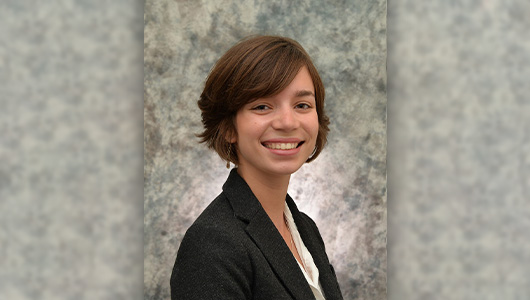 “We found the more schedule volatility people experienced, the more likely they were to take out expensive loans, such as those from pawn shops and auto-title lenders—or they use credit cards in ways that are problematic,” said Mariana Amorim, WSU sociologist and lead author on a new study published in the journal Sociological Science.

Amorim and co-author Daniel Schneider, a Harvard University public policy professor, analyzed data from 2017-2019 from the Shift Project, which contains survey responses from nearly 40,000 service workers across the U.S. While many in the sample worked in low-paid positions such as cashiers and wait staff, the group also contained people in high-earning positions such as managers with incomes above $75,000 a year and more stable salaries.

For service workers in particular, the researchers found experiencing schedule unpredictability has a greater impact on the use of high-cost loans than workers’ level of income. In fact, schedule unpredictability showed a strong connection for high-cost loan use among service workers regardless of both income levels and experiences of income volatility.

Service employees work in industries such as retail, food service, grocery and hospitality as well as delivery and fulfillment – with many in the Shift Project data sample working for the nation’s largest retail employers, Amazon and Walmart.

“We really found little evidence that this is a story only about money. There is a time component that’s independently important,” Amorim said.

While the data could not reveal why schedule volatility had such a strong tie to high-risk debt, the authors point to other research that shows schedule fluctuation has impacts on physical and mental health, which can impair decision-making. In addition, people with volatile schedules often need to rely more on family and friends for things like childcare, and if they have strained those social supports, they may have to turn elsewhere for financial help.

Also, simply the nonstandard hours these employees work can make it difficult to access mainstream banks or public assistance. Both of these systems also take a lot of time to navigate, Amorim said, at least compared to high-cost lenders. She is currently preparing a qualitative study with a sample of workers to delve deeper into the reasons behind this connection.

The current study looked at multiple types of schedule unpredictability, including daily or weekly shift changes, lack of notice of changes, being “on call” and shift cancellations. Most workers in the sample had experienced two or more types of schedule volatility within one month.

Neither government aid nor “hardship loan” programs offered by some employers had much impact on the workers’ reliance on high-cost debt. Amorim said these programs may be too difficult to access or fail to address chronic needs.

Instead, the researchers recommended that employers and policy makers look at ways to give people more control over their time. They pointed to policies implemented by several places, including Seattle, the state of Oregon and New York City, that ensure workers have at least two-weeks’ notice of what their schedules will be.

Post-pandemic lockdown, many retail and restaurants have had trouble filling jobs that are now open again even though they are raising pay to attract workers. Amorim suggested they might also look at the scheduling factor as service workers who lost their jobs may be reluctant to return to chaotic work schedules.

“We tend to think that more money will solve all issues. It may solve most but not all of them,” she said. “There is this more invisible vulnerability that we need to think about in terms of quality of life, decisions and relationships, that money alone can’t solve. It is more about the importance of time.”