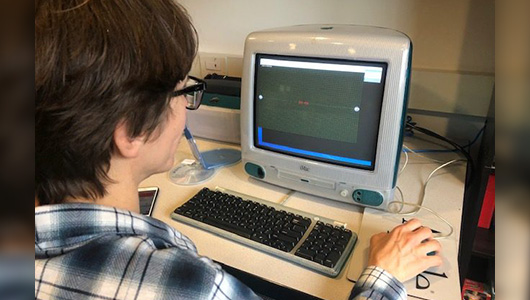 The Electronic Literature Lab (ELL) at WSU Vancouver is a unique physical space where scholars can study born-digital media on the computers for which the works were originally produced.

This spring, Erika Fulop, a senior lecturer at Lancaster University (UK) and a specialist in French e-lit, spent three weeks at the ELL developing a range of projects, including a potential “The Alire Collection” at The NEXT, WSU Vancouver’s digital literature museum.

The collection, which is subtitled “A Relentless Literary Investigation,” was the first journal of its kind in France, and the first perhaps in the West, to explore the computer medium as a mode of expression and medium of distribution. 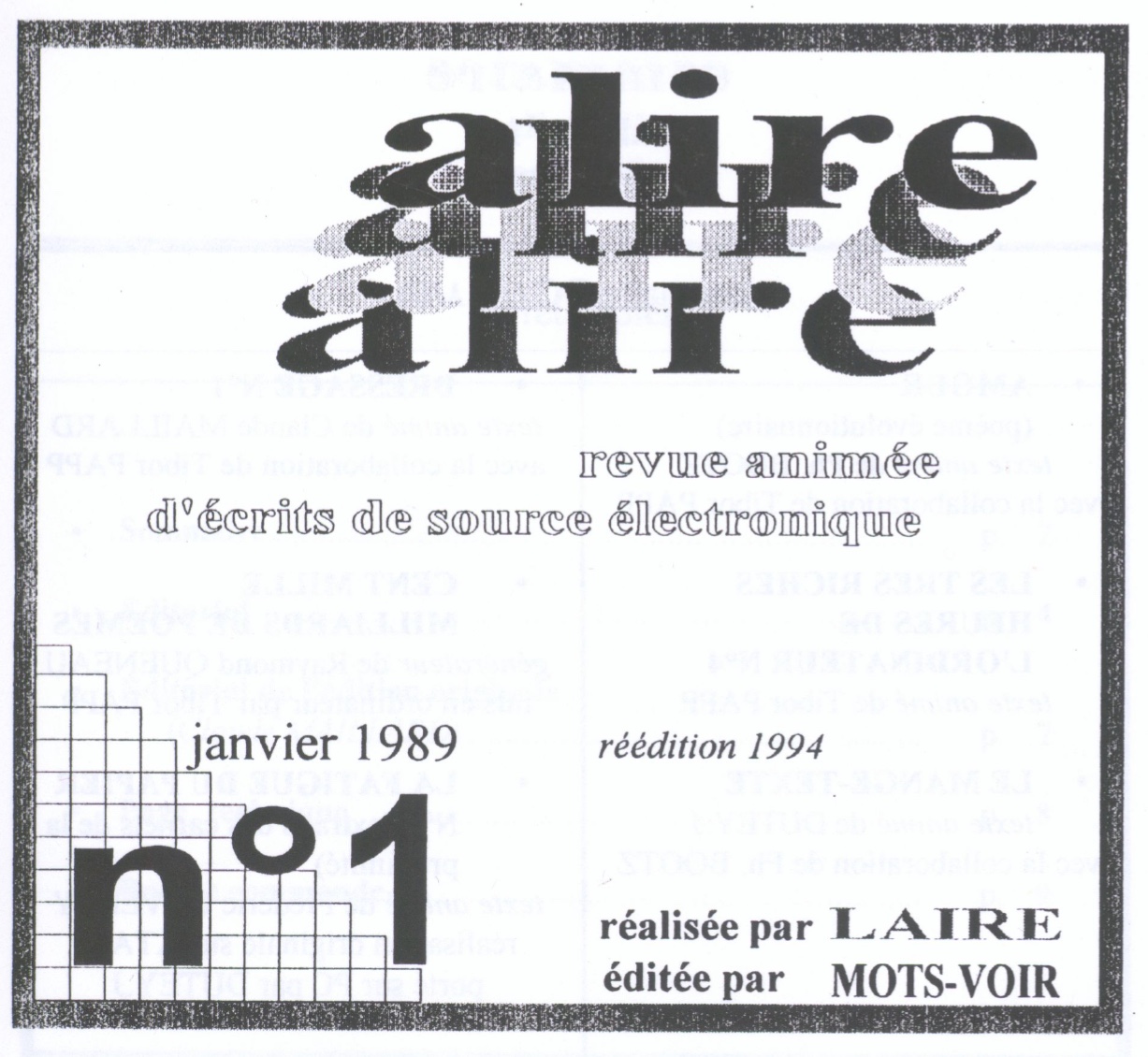 The stance that “literature was not ‘assisted by’ the computer, contrary to the ideas of A.L.A.M.O. (Atelier [workshop] de Littérature Assistée par la Mathématique et les Ordinateurs), but that there exists a literature tied intimately to computer technology”—a view that aligns very well with ELL and The NEXT.

Fulop’s research focuses on “the impact of digitization and the internet on culture . . . and the modern and contemporary novel, especially metafiction and self-reflexive phenomena.”

While with the ELL, Fulop spent time reading through the lab’s library and acquainting herself with the likes of David Kolb’s Socrates in the Labyrinth via CD-ROM on the iMac G4 “Lampshade” and Talan Memmot’s “Lexia to Perplexia” via CD-ROM on the iMac G3 “Bondi Blue Bubble”—both held in the N. Katherine Hayles Collection. Early in her visit, she experienced first-hand the “chocolate box of death” in John McDaid’s hypermedia novel Uncle Buddy’s Phantom Funhouse.

With an eye toward building a node of The NEXT at Lancaster University, Fulop also focused on learning about The NEXT’s infrastructure, workflow, archives and collections.

Top photo: Erika Fulop reading “Lexia to Perplexia” on an iMac G3 in the ELL.