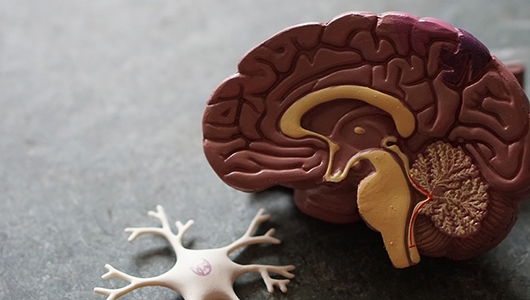 Over the age of 50, one in three men and one in six women suffer from obstructive sleep apnea (OSA), and recent research suggests that OSA increases the risk of cognitive impairment and Alzheimer’s disease.

As part of her research on health disparities and race and ethnicity, sociologist Anna Zamora-Kapoor will conduct a study on the link between OSA—a disorder that causes the airway to collapse during sleep and disrupts normal breathing—and cognitive performance in American Indians.

“Obesity is the strongest risk factor for OSA, and while American Indians have the highest obesity rates in the country, they are underrepresented in OSA research studies,” said Zamora-Kapoor, an assistant professor with a dual appointment in the Department of Sociology and the Elson S. Floyd College of Medicine and a researcher with the WSU Institute for Research and Education to Advance Community Health (IREACH).

To address the gap, Zamora-Kapoor will conduct an analysis of data from three previously conducted, federally funded studies: the Behavior Risk Factor Surveillance System (BRFSS), the Sleep Heart Health Study (SHHS), and the Cerebrovascular Disease and its Consequences in American Indians (CDCAI). Zamora-Kapoor’s study is funded by a $150,000 grant from the Alzheimer’s Association.

According to estimates, as many as one in three Native American elders will develop Alzheimer’s or another form of dementia, and the number of American Indian/Alaska Native people aged 65 and older living with dementia is expected to quadruple by 2060. Meanwhile, lack of representation in research studies and barriers to Alzheimer’s and dementia care are hampering efforts to reduce or eliminate Alzheimer’s-related disparities in this population.

This projects “will help advance research that will address the disproportionate burden of Alzheimer’s and dementia on diverse and underserved populations, promote the use of lifestyle interventions to aid prevention, and increase our understanding of risk factors and biomarkers,” said Joel Loiacono, the Alzheimer’s Association’s regional director for eastern Washington and north Idaho. “As a WSU alumnus, I am especially proud of the Alzheimer’s Association’s support of WSU as we work together to end Alzheimer’s and all dementia.”