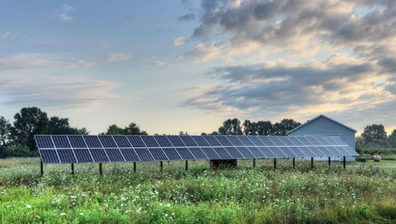 Do Americans want to use more renewable energy?

Yes they do – regardless of whether they’re Democrats or Republicans, according to new research by Washington State University sociologists.

“Our work shows that U.S. consumers, regardless of political standing, age, or gender, want to use more renewable energy and less fossil fuels,” Horne said. “With new communication technologies, it is now possible to give them the option to do it.”

Utility companies have struggled for decades with the challenge of incorporating more renewables into the electricity grid. Because demand for electricity fluctuates, utilities need to maintain generation plants that can be brought online quickly to meet peak demand. These plants typically rely on fossil fuels.

In their study, Horne and Kennedy wanted to find out if energy customers would be interested in shifting the time they run their appliances to reduce broad reliance on fossil fuel-based power plants, which could help decrease carbon emissions.

They surveyed 234 U.S. consumers online to determine their interest in two hypothetical apps that would help them either to lower their monthly power bills or to use more electricity generated by renewables.

An app for consumers

Horne and Kennedy’s study suggests giving consumers the ability to monitor where their electricity is coming from at any given point during the day. This approach could be a viable addition to providing financial incentives and rebates to lower electricity consumption and change usage patterns.

Work being done at WSU’s Voiland College of Engineering and Architecture may make this possible. Horne and Kennedy are collaborating with scientists there to develop an app prototype that would allow users to monitor in real time whether electricity is coming from a renewable source or the burning of fossil fuels.

They hope the new app will help Americans lower their household electricity consumption and shift to using their devices and appliances during periods when more renewables are powering the grid.

“The huge increase in available information and new communications technology makes it possible to provide information to consumers like never before,” Horne said. “For example, if consumers knew that during the day their energy mix was 30 percent renewables, and at night it was 100 percent coal, then they might well run their dishwasher in the morning when the sun is up instead of when they go to bed. We’d eventually like to link our app with smart home devices so that people can program their appliances to automatically run when there are more renewables in use on the grid.”