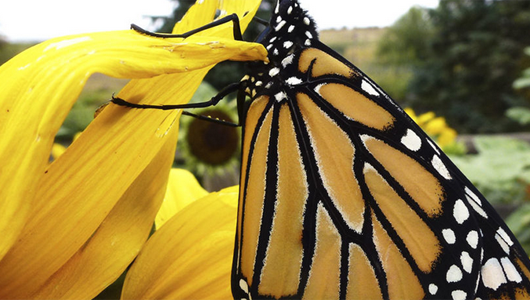 Today, the arboretum’s rolling hills are threaded with public walking paths that lead through a showcase of environmental exhibits: sagebrush rangeland, native Palouse prairie, a ponderosa pine forest, grassy savannas, wetlands, and blue camas meadows. Interspersed here and there are pockets of milkweed.

While some arises naturally in disturbed soil, most of the milkweed is carefully grown from seed and transplanted with the help of Sayler’s restoration ecology class. It’s a slow process—the plants take two years to mature to the flowering stage when seedpods can be harvested for further propagation.