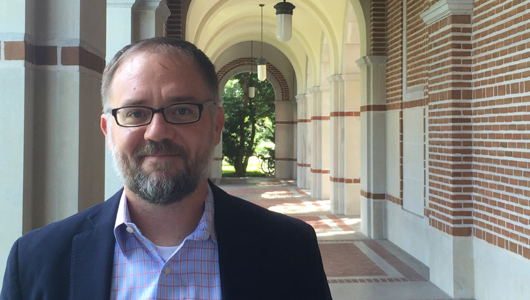 When Justin Denney was still an aspiring, young sociologist, he strove to understand the dynamic forces that shape and perpetuate social inequality. Then, in graduate school, he came across the signal texts of renowned sociologist and Washington State University alumnus William Julius Wilson.

“Those classic works illuminated a central tenet and contribution of sociological inquiry that had eluded me to some degree,” Denney said. “It was an important moment for me and has influenced my career in a profound way.”

Anderson, a foremost urban ethnographer, will accept the award and present a free, public address about race and civility on Wednesday, Nov. 8, at 7:30 p.m. in the Elson Floyd Cultural Center on the WSU Pullman campus.

“To have Professors Wilson and Anderson in the same room at the same time is a truly extraordinary event for WSU and a testament to the University’s dedication to highlighting and addressing some of the most pressing issues facing the nation today,” Denney said.

Expert in health inequality
Denney is an expert in the sociology of health inequality and mortality disparities. His current teaching and research focus on understanding the complex ways human environments create opportunities for some people and barriers for others—more specifically, how the social and physical characteristics of the places where children and adults live, work, and play impact child health, household food insecurity, and adult mortality. He also studies how family formations, race, ethnicity, gender, and socioeconomic status combine with place-based characteristics to affect overall health differences.

His work often involves multi-disciplinary collaborations and has been supported by the National Institutes of Health and the Foundation for Child Development, among others. His research and teaching help advance WSU in its Grand Challenges quest to promote opportunity and equity toward healthy communities.

“The Wilson distinguished professorship provides a unique opportunity to continue this work and to help inspire and train the next generation of scholars interested in addressing and eradicating inequality,” Denney said.

“The expertise we sought and found with Dr. Denney will enable substantial contributions to interdisciplinary education and research on health disparities,” said Monica Kirkpatrick Johnson, professor and chair of sociology. “His research and future courses in medical sociology and health inequality, at both the undergraduate and graduate levels, will help facilitate links between sociology and other fields interested in health disparities, including medicine, nutrition and exercise physiology, community health, health communication, and prevention science.”

Wilson continues decades of leadership
Wilson is the Lewis P. and Linda L. Geyser university professor at Harvard University. He earned his doctoral degree in sociology at WSU in 1966.

“Anyone working in the field of sociology for the past 20 or 30 years has taken many important messages from Professor Wilson’s work,” Denney said. “This includes generally being careful, thoughtful, and thorough in any kind of analysis investigating the unequal distribution of resources across groups in the contemporary United States.”

Symposium speaker Anderson is ‘total package’
Anderson is the William K. Lanman Jr. professor of sociology at Yale University, where he directs the Urban Ethnography Project. He is the 2013 recipient of the prestigious Cox-Johnson-Frazier Award of the American Sociological Association and the 2017 recipient of the Merit Award of the Eastern Sociological Society. His most recent ethnographic work is The Cosmopolitan Canopy: Race and Civility in Everyday Life.

“Professor Anderson’s influence spans many core areas of the field—from understanding race and ethnic relations to firmly grasping the techniques needed to carry out much sociological inquiry. His theoretical insights and groundbreaking ethnographic research methods make him an important figure in so many ways,” Denney said. “He is the total package.”