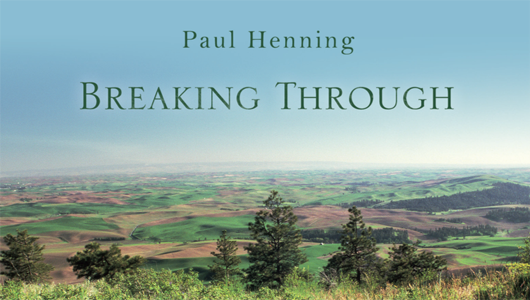 Hollywood studio musician, arranger, major film music composer and rising star. It’s not your average resume for someone who grew up on a Palouse wheat farm and graduated from nearby Wazzu.

Paul Henning, a WSU School of Music alum (’98) and Pullman native, returned to campus to talk about his experience in the music program, encourage other music students, share his insights and story and, oh yes, perform with the WSU Symphony Orchestra, including several of his own compositions.

And, despite his great success, his roots are still deep in the Palouse.

Traveling to Hollywood, his talents as a violinist were recognized, earning him a slot as a studio musician. Since then, he has performed as a violinist on the soundtracks for “Fantastic Four,” “Frozen,” “Moana,” “Night at the Museum,” “Rogue One,” “Ghostbusters” and television shows such as Marvel’s “Agents of Shield” and “Family Guy.”

An accomplished pianist and violinist, he has performed with the Hollywood Studio Symphony, and has played violin for Barbra Streisand, Michael Bublé, Neil Young, Aretha Franklin, Andrea Bocelli and Josh Groban. Paul has served as concertmaster for the Golden State Pops Orchestra since 2004.

Henning says his most exciting project to date is his new album, “Paul Henning: Breaking Through.”

He composed the score for two brand-new documentaries, “Clive Davis: The Soundtrack of our Lives,” and “Foreman.” He also had the chance to collaborate with John Williams on the music score for “Star Wars Episode VII,” and helped produce the scores for “I Spy,” “Spiderman 3,” “The BFG,” and “Night at the Museum: Secret of the Tomb” and “Chocolat.”

In all, he has contributed to more than 50 movie compositions. He also helped create concert suites from the film scores for “Spider-man,” “The Passion of the Christ” and “Peter Pan,” and completed band arrangements for the television shows “American Idol,” “The Singing Bee” and “Sunday’s Best.”

Henning will share a few stories of his journey 7 p.m. Monday, Nov. 6, in the CUB Auditorium, including his work with Williams, and clips and commentary of “Star Wars Episode VII: The Force Awakens.” There will be a Q&A session afterwards.

Henning met with students and the community twice and spoke about “Life as a Los Angeles Studio Musician/ Composer” and the importance of “Entrepreneurship and Networking.

For the finale of his visit, Henning performed with the WSU Symphony Orchestra in Bryan Hall Theatre.

By Sandra Albers, School of Music

Read more about Paul Henning and listen to one of his songs: