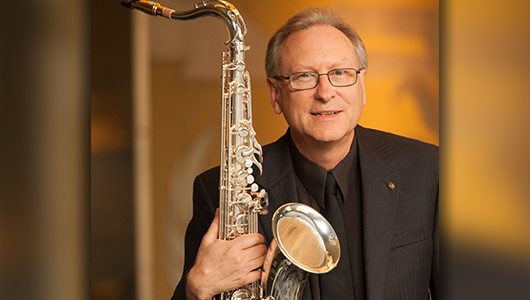 Greg Yasinitsky, Regents professor and director of the WSU School of Music, has been nominated for a Pulitzer Prize in Music for his composition Jazz Concerto for Piano and Orchestra.

“There is almost no way to describe it,” Yasinitsky said of his nomination by two independent musicians. “For me, it’s the biggest, most important musical award in the country.”

His concerto, written in three movements, is influenced by both jazz and classical music, a combination known as third-stream music. Yasinitsky rarely writes compositions that meld the two genres, he said.

He was inspired to compose it after hearing the playing of Willis Delony, a professor of keyboard and jazz studies at Louisiana State University with an unusual and unique ability to combine both styles, Yasinitsky said.

In addition to the written-out parts, the concerto features improvisation by the pianist.

“[The] idea of a concerto is to have a featured soloist who is heard within the orchestra,” Yasinitsky said.

His new concerto was premiered in January 2017 by the Baton Rouge Symphony, conducted by Timothy Muffitt with Delony as soloist. Both Muffitt and Delony nominated the work.

Muffitt described the piece as “a unique work in the American orchestral canon and most deserving of recognition.”

“I am humbled and flabbergasted,” Yasinitsky said. “It’s a tremendous honor just to be nominated.”

He currently is working on a wind ensemble orchestration of his jazz concerto.

He hopes his Pulitzer nomination will bring more recognition to the School of Music, a vibrant presence on the WSU Pullman campus since 1901.

According to the Pulitzer Prize website, winners will be announced on April 16, 2018.

Among Yasinitsky’s recent commissions is a composition titled Partial Eclipse, written for the 25th anniversary of the Las Vegas Academy, and his arrangement of Creepin’ for an upcoming recording by the Colorado Jazz Repertory Orchestra featuring the music of Stevie Wonder.

His other active commissions include a new work for saxophone and piano for the director of the Hampton School of Music at the University of Idaho, and a new piece for jazz band to celebrate the tenth anniversary of the Jazz Education Network.

By Yasmeen Wafai for the Daily Evergreen and WSU News