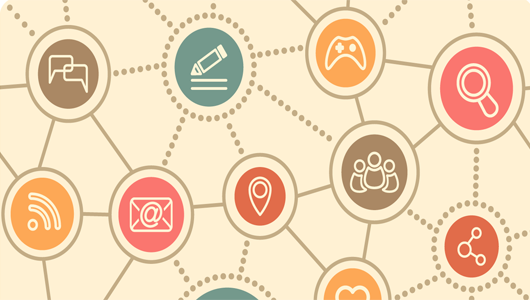 People, businesses and institutions are collecting more and more data, but often don’t know what to do with it. That’s where mathematics comes in. Bala Krishnamoorthy, associate professor and program leader of mathematics and statistics at WSU Vancouver, is participating in a project funded by the National Science Foundation that he describes as follows: “The grant is about applying mathematical techniques to make sense of the loads and loads of data that people are collecting.”

Specifically, the grant will use data analysis to help develop new management techniques for agricultural crops. Using maize as their model system, the researchers want to understand how certain genes interact with environmental conditions to produce higher or lower yields. “The same gene behaves differently depending on where the plant is growing,” Krishnamoorthy said. “Even within a few acres of a farm, there will be local climate changes.”

He is one of three WSU scientists who received a $761,428 NSF grant for the three-year project in July. The others are computer scientist Anantharaman Kalyanaraman (principal investigator) and statistical genomics expert Zhiwu Zhang, both in Pullman. The multiuniversity project also includes Patrick Schnable, a plant scientist from Iowa State University, and Bei Wang Phillips, a visualization expert from the University of Utah, who also received NSF support, bringing total funding for the project to $1.2 million.

Historically, growers have used trial-and-error methods in their efforts to improve crop yields. But technology has made it possible to amass vast amounts of data through sensors in their fields. The challenge now is to figure out what data is most important. Was it temperature or humidity or irrigation—or something else—that made the difference?

“Right now they don’t know what to look for,” Krishnamoorthy said. “They have the capability to collect all sorts of data, but they are blindly collecting it. They would rather be more strategic, with some goal in mind. We are developing the tools to help them formulate hypotheses that could then be tested—so they can evaluate the genotypic variety of crop that will do well under certain conditions.”

The tools can have many applications beyond crops—helping to make sense of data in healthcare, political voting patterns, the power grid, even sports. In basketball, for instance, “some guards play well under certain conditions, while others do not,” Krishnamoorthy said. “You can apply similar techniques to see patterns in that.”

And you won’t have to be a mathematician to use the tools. “The math needs to be done,” he said, “but it will be useful only if non-mathematical practitioners can understand what it does. We are developing software that will be intuitive and interactive.”

Krishnamoorthy’s dream research situation, he said, encompasses both pure and applied mathematics: He meets someone who has a question or a need, then goes to work: developing a pure mathematical theorem, based on that developing new computational tools, and then giving the problem-solving software to the person who brought the question in the beginning.

He believes deeply in disseminating research through open source publication. The current system of peer review, with its anonymous comments and long time frame, lacks accountability, he said. And yet the stakes are so high—for the person publishing the research, tenure and promotion often hang in the balance.

“We need to make things more open,” he said. “Any federally funded research or publication should have some version of the publications available for the public to look at. The more open, the more people will look at it, and it will get feedback. Change won’t happen overnight, but maybe in two decades it will be the prevalent model for all academic research—but particularly mathematics.”