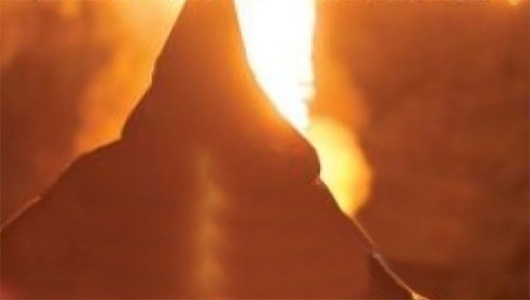 Pete Simi’s mother wanted him to understand racism, so when he was 9, they watched a PBS documentary on the Ku Klux Klan. Here’s how he remembers one Klansman who was interviewed. “He spoke with such passion, anger, such strong emotion. And it just struck me, as a young child, trying to understand what was driving this person, how this person could get so enmeshed in hate.”

That question stuck with Simi ’96 throughout his undergraduate studies at Washington State University and later as a graduate student at University of Nevada, Las Vegas.

Simi, the author of American Swastika: Inside the White Power Movement’s Hidden Spaces of Hate, now is widely considered one of the nation’s leading experts on white supremacists. A sociology professor at Chapman University in Orange, California, he has spent more than 20 years studying extremist groups.

One vivid memory is from a white supremacist backyard party in Anaheim, California, that he was attending as part of his research. A man who appeared to be Native American passed by and unintentionally antagonized Shorty, who had been released from prison a week earlier and was on the verge of attack. Simi was able to persuade the man to move on. “I was about to witness a hate crime and not only would he be facing Shorty,” Simi said of the dark-skinned man, “but maybe 50 people who would join in a ‘boot party.’”

White supremacists have long been part of American culture. “These groups have a degree of persistence that most people are not aware of, but their persistence is very central to American history,” Simi asserts. And yet, with Barack Obama and Donald Trump, they are making a resurgence, he says. A black man as president galvanized extreme racists. Then they were emboldened to come into the open by Trump, who led the birther movement against Obama and then made statements such as Mexicans are rapists, Simi says.

“For white supremacists, they’re licking their chops, saying, ‘Finally, our time has come. We know that the time is right. We’ve got to take advantage of this time,’” Simi says. White supremacists believe Trump is “making it OK to be overt about white identity, about white culture. And that’s a real opening. He doesn’t need to be a Klan member or overtly saying that he thinks white supremacists are great. But if he’s willing to signal things by saying things like Southern culture being under attack, then that’s enough.”

Simi’s research has found that people who become white supremacists typically experienced trauma in childhood—such as physical abuse or neglect, or parents who were substance abusers and casual racists. By the time they meet white supremacists, Simi has observed, “their life is in a downward spiral, they’re experiencing a lot of emotional anger, frustration, sadness, depression that hasn’t been really dealt with. And the extremist group kind of represents a coping mechanism, of sorts. It gives them a direction, a way to channel violence, it rewards them for engaging in violence, and they get camaraderie and kinship in being a member of a group.”

When white nationalists marched on August 12, 2017, in Charlottesville, Virginia, a car plowed into a group of counter protesters, killing one woman, and at least 34 people were injured in the clashes. Simi says that episode shows that while people should not ignore white supremacists, they might be better off holding separate diversity rallies rather than counter protesting—given that it can lead to more attention for the white supremacists and violence.

“That’s quite the opposite of what we want to do, that back-and-forth violence,” he says. “To these hate groups, violence is central to how they see the world. Responding to them in that way is giving them exactly what they want.”