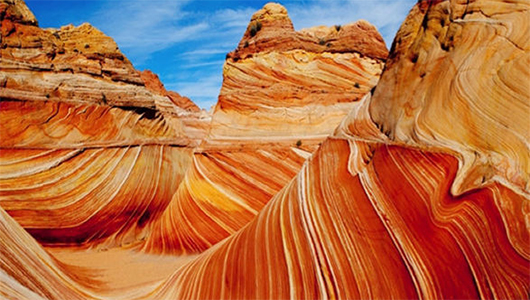 The 1893 World’s Columbian Exposition welcomed millions of people to Chicago to celebrate the rise of industrial America, the 400th anniversary of Columbus’ arrival on the continent, and the romanticization of the “frontier” West. Historian Frederick Jackson Turner presented his thesis that the western advance into a wild and savage frontier defined the American spirit, and the idea took hold in the national imagination.

Historian Sara Dant (’91, ’00) pulls the curtain away from those oft-spun tales of an unspoiled American West in this book about the interaction between people and nature over time. As she examines “deep” history, it’s clear that the myth of virgin territory ignores Native American influence on the region.

“Far from the ‘wilderness’ described in earlier histories, the West was never an undiscovered ‘Eden,’ but instead an ancient homeland with landscapes that humans have inhabited, modified, and managed for thousands of years,” writes Dant.

Native Americans, for example, used fire extensively to create open spaces, established agriculture around corn and other crops, traded extensively, had economic specialization, and built class-based urban centers. Columbus never discovered America. He and other Europeans arrived in an inhabited land, despite the European and, later, American illusion of an untouched country.

They also saw it was rich with resources. That part was true, and Dant details the exploitation of the West, particularly in the transition to market economies. As debates continue to rage around who owns the land and who can take its riches, and climate change continues to burn and modify the West, Dant wants to know, “At what cost?”

Written for a general audience in clear prose, Losing Eden centers around three themes that have defined the American West: balancing economic success with ecological protection, avoiding the “tragedy of the commons,” and achieving sustainability.

In particular, Dant looks at the idea of a commons—land or resources shared by a group—and the tragedy when people deplete those resources to the detriment of society. This is very poignant and relevant in the West, such as the slaughter and near extinction of bison on the Plains.

Dant earned her graduate degrees in American studies at Washington State University, and is now a professor and chair of history at Weber State University in Ogden, Utah. Her work focuses on environmental politics in the United States with a particular emphasis on the creation and development of consensus. Dant is the author of several prize-winning articles on western environmental politics and coauthor of the two-volume Encyclopedia of American National Parks.

She writes in Losing Eden that this book is her valentine to the West she loves. While Dant encourages readers “to lose this conceit of a ‘virgin continent,’” she also wants us to care about what we know. Environmental history of the American West connects readers with place. It’s a complex symbiotic relationship, and one we need to grasp to get past conservation-versus-preservation ideologies.

For Dant, it’s about the ability to achieve sustainability by creating environmental stability and ecological health within the framework of economic development. But that has to be achieved through a clear- eyed look at the true history of a region that’s been shaped and adapted over thousands of years.

Losing Eden isn’t about loss of paradise. It’s about losing the delusion of an Edenic West.

Top image: A close up from the cover of Dant’s book Losing Eden.