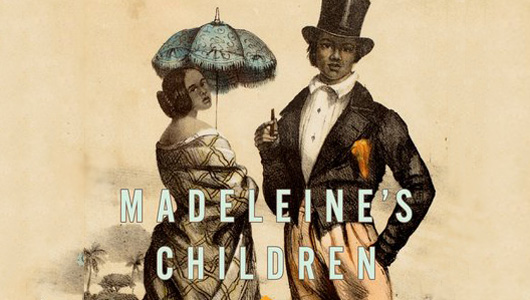 Peabody is one of the world’s leading authorities on slavery in the French Empire. The research took her to France, England and the Indian Ocean islands of La Reunion and Mauritius. One reviewer calls the work “both biography and global history at their very best.”

The narrative brings to life many dramatic moments throughout Madeleine’s family’s story, including the legal battles pursued by Madeleine’s son Furcy—a slave who fought for his freedom in court for 25 years and finally won, and who became an important symbol of human rights in his homeland. It uncovers intimate relationships and legal disputes between slaves and free people in the Indian Ocean that have been hidden for two centuries.

“Drawing on thousands of pages of archival and legal documents to reconstruct [the subjects’] lives with astonishing detail, Peabody presents us with the first biographical narrative of slaves held by French citizens and in the process illuminates the internal architectures of slavery and freedom in France’s Indian Ocean colonies,” said reviewer Pier M. Larson of Johns Hopkins University.

A key document for her research was a legal pamphlet that publicized the outcome of Furcy’s case in 1844. Over the course of 10 years, she poured over numerous census, parish, and notary records, letters and newspapers.

In addition to archives in France, Mauritius, and London, Peabody’s sources included three grocery bags of documents the archivist in Réunion, the island where Furcy was born, brought to her in 2008. “They had hardly been sorted. I was the first historian to look at them,” she said.

Read the full story in the Spring 2018 issue of WSU Vancouver’s Crimson and Gray magazine.

Adapted from WSU Insider and Crimson and Gray.

Top image: Partial illustration from the cover of Peabody’s book.