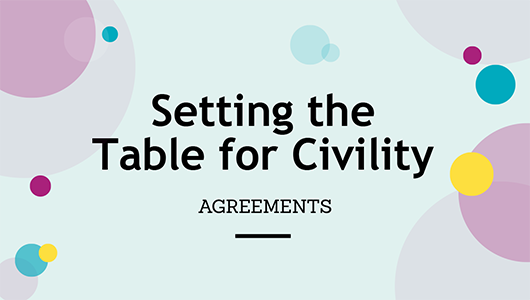 Political polarization, decreasing trust in government, and rising populist rhetoric, have made political civility a hot-button topic. WSU’s Thomas S. Foley Institute for Public Policy and Public Service has been tackling this issue head-on for quite some time.

Pursuing that goal, Cornell Clayton, director of the Foley Institute, announced that the institute has joined the National Civility Network, a program of the National Institute for Civil Discourse (NIDC).

The National Civility Network is composed of centers and institutes on college campuses around the country dedicated to creating a more robust democracy through collaborative projects focused on civility and civic engagement.

Foley Institute’s engagement with the National Civility Network will be spearheaded by Steven Stehr, who was recently named the Sam Reed Distinguished Professor in Civic Education and Public Civility at WSU. Stehr, who also serves as director of the WSU’s School of Politics, Philosophy and Public Affairs, plans to use the professorship — housed in the Foley Institute — to work with the NICD and other organizations to build programs to educate elected officials and the public more widely about the importance of civility in politics.

In addition to this new effort, the Foley Institute has sponsored numerous other programs and initiatives aimed at political civility.

In 2016 the institute partnered with WSU Vancouver to establish the Initiative for Public Deliberation in Southwestern Washington. This program works directly with local governments and other community stakeholders to host public participation events and policy forums around issues of regional political concern.

The Foley Institute also was one of four institutions nationally to be awarded a $250,000 grant by the National Endowment for the Humanities in 2011 to study the relationship between civility and democracy in America and to host conferences and other events on the subject.

By Richard Elgar for WSU Insider