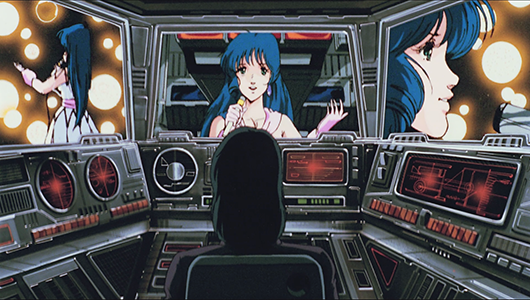 Recognizing the great potential of anime as an educational tool, the School of Languages, Cultures, and Race (SLCR) at WSU invited Arnold to teach “Transnational Anime: Japanese Animation History and Theory” in the spring 2019 semester. It is among three new or returning courses added this academic year to the broader suite of Japanese language and culture study options.

The program expansion is made possible by a $30,000 salary assistance grant received this fall from the Japan Foundation, Los Angeles. JFLA creates global opportunities to foster friendship, trust, and mutual understanding between Japan and the world through culture, language, and dialogue.

Japanese Instructor Kayo Niimi applied for the grant on behalf of the school, and was delighted when her proposal was accepted, she said. The funds are enabling SLCR to resume Japanese culture courses that had not been offered since December 2016, when Kota Inoue, a much-beloved assistant professor of Japanese, died in a car crash, Niimi said.

With a wide variety of films and series now available to international audiences, anime has grown over several decades into a “kind of living cultural encyclopedia with a vast amount of audio-visual information about Japanese society and popular imagination that is fairly easy to access outside of Japan,” Arnold said.

“Anime is especially useful in teaching and learning about Japanese culture because it creatively interprets many different aspects of life in Japan—locations and institutions, historical and cultural references, social practices, and small things like body language and gestures—aspects that don’t translate quite the same way to other media, such as literature, music, or even live-action film.”

Productions are filled with useful slang and colloquial expressions and, since all the dialogue is scripted and recorded in studios, the voices are relatively clear and easy to understand.

Arnold has taught anime study classes to graduate and undergraduate students at universities in Oregon and Michigan and looks forward to introducing WSU students to the field, he said. No prior knowledge of Japanese language or culture is required to enroll in his course, which is being offered for one semester only.

WSU students in his three-credit anime course will explore the many historical and cultural connections and transformations between the genre and its global audiences.

“It’s really exciting to watch students get a sense of the deep history and broad diversity of anime stories and styles, and to see what kinds of questions and ideas they explore in their projects,” Arnold said.

“I try to help them ask smart questions and to follow their questions with solid research and careful writing so they can satisfy some of their curiosity, sharpen their critical thinking skills, and come out of the process energized and inspired to learn more.”

WSU offers major and minor study options in Japanese language and Japanese culture studies that prepare students for a range of career possibilities and further language study at the graduate level. The Japanese for the Professions degree is a skills-based second major that prepares students to communicate in Japanese in professional settings. It focuses on both language proficiency and intercultural proficiency to provide students entering today’s global, diverse workplace with the communication skills necessary to work effectively within and across different language communities, increasing their employability.

Kayo Niimi earned a master of arts degree in foreign and second language education at The Ohio State University. Before joining WSU faculty in 2008, she taught at the University of Minnesota, Washington University in St. Louis, Missouri, and Cornell University, among other institutions. At WSU, she has taught all levels of Japanese courses, including Advanced Japanese for the Professions. Her areas of interest include Japanese language pedagogy, teaching methodologies, and second language acquisition.

Puck Brecher specializes in early modern and modern Japanese social and cultural history. His past research projects have focused on early modern Japanese thought, aesthetics, and urban history, as well as contemporary environmental issues. He currently is working on several projects pertaining to race relations during the Asia–Pacific War and Japan’s conceptualization of leisure during the Meiji era.

Top photo: A scene from Macross: Do You Remember Love?, 1984