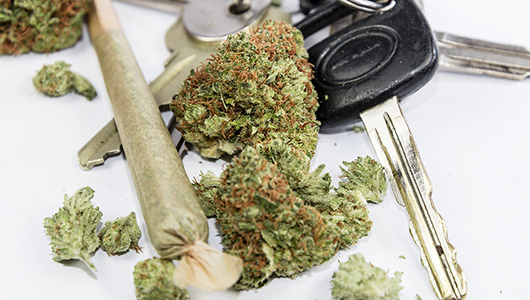 Driving high is both illegal and dangerous but more than half of marijuana users think it is safe, according to research by Carrie Cuttler, assistant professor of psychology at WSU Pullman.

Cuttler and colleagues at the University of California and Bastyr University Research Institute conducted an anonymous survey of marijuana users from all 50 states to determine their beliefs about the safety of driving shortly after consuming some form of cannabis.

Slightly more than half of the survey’s nearly 2,000 respondents (52.4 percent) reported believing that driving under the influence of cannabis is safe.

Over half of those surveyed (52.1 percent) also admitted to driving within one hour of cannabis use.

“Driving while under the influence of cannabis does increase the risk of being in a car accident, especially when it is combined with alcohol,” Cuttler said. “As the trend towards the legalization of recreational cannabis continues across the country, we need to do a better job of communicating these risks without blowing them out of proportion. The scientific community also really needs to renew its efforts on developing reliable and accurate ways to detect acute cannabis intoxication because these currently don’t exist.”

In addition to surveying marijuana users from across the country about their feelings on driving under the influence of cannabis, the researchers surveyed marijuana users before and after the legalization of recreational cannabis in Washington State.

The researchers conducted their survey from November 2013 to December 2014, during which the states of Washington and Colorado became the first in the nation to legalize recreational marijuana use. Their study was published in the journal Cannabis last July. While the research provides encouraging preliminary evidence that legal sales of recreational cannabis do not appear to be exacerbating rates of driving under the influence of cannabis, it does indicate that most marijuana users are either unaware or unsure about the risks of driving under the influence of cannabis.

“The hope is that the demographic information we collected for this study will help policymakers identify groups of people to target with educational initiatives and other interventions to reduce rates of driving under the influence of cannabis,” Cuttler said. “For example, we found that younger age and higher education were two predictors of driving within one hour of cannabis use.”

The research also underscores the need to develop valid and reliable roadside indicators of acute cannabis intoxication as marijuana use in the United States continues to reach new all‑time highs.

The results of numerous studies show using cannabis increases drivers’ reaction time, decreases sustained attention and motor control for at least a couple of hours after last use. However, there is currently no way for law enforcement officials and first responders to determine if a driver smoked a joint 30 minutes or a day ago.