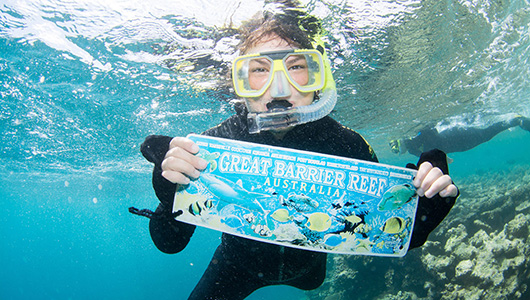 “On May 29, I’m scheduled to board a plane headed to Washington, D.C., and soon I’ll be at work in the senator’s office learning first-hand how government operates and how federal issues involving Native Americans like me are addressed,” she said. Johnson is a member of the Cowlitz Tribe of western Washington State. She has worked as a Rangeland Management Pathways intern through the Bureau of Indian Affairs, placed with her tribe in its Natural Resources Department.

“The Udall internship was awarded to 12 people from 10 tribes and 10 universities this year, so Emma’s selection is very impressive,” said April Seehafer, director of WSU Distinguished Scholarships Program. Seehafer and Johnson worked closely together to prepare her applications for both Udall awards.

“The internship will allow her also to network with other Udall interns and alumni, American Indian professionals, and policy makers, all of which is very much in line with her academic and professional goals.”

It is Johnson’s second prestigious and nationally competitive award from the Udall Foundation and Native National Institute. For academic year 2018-19, she received a Udall Undergraduate Scholarship in its tribal policy category. It helped cover undergraduate expenses at the Vancouver campus, from which she will graduate on May 4.

Cortez Masto made history by becoming the first woman from Nevada and first Latina ever elected to the U.S. Senate.  Cortez Masto took office in 2017 as a Democratic senator from Nevada, preceded in that position by former Senate majority leader Harry Reid. In 2019, she became chair of the Democratic Senatorial Campaign Committee. She serves on five Senate Committees and several subcommittees, two of which are of particular interest to Johnson: the Committee on Indian Affairs, and the Water and Power Subcommittee of the Energy and Natural Resources Committee, of which Cortez Masto is the ranking member.

Johnson has said that she, herself, “loves natural resources” and looks forward to working on her own portfolio in the office, and with the experienced staff in the senator’s Washington office.

Between the end of May and the completion of the internship on Aug. 2, she said she expects to be given a variety of tasks to perform. “Interns lead tours of the Capitol, answer mail, do research, and attend meetings where decision-makers talk about important issues.

“It’s like getting an ‘in’ on topics I can see in my future career.”

While she is considering further education as a lawyer or a natural resources expert, the summer internship is “going to provide a perfect time for me to meet people and experience new things.

“It also gives me a step up, to work with a senator who is interested in Indian issues. My D.C. experience is something I think I can base my future off of.”

Read more about Johnson’s international internships and her selection as a Udall Undergraduate Scholar.

By Beverly Makhani, Office of Undergraduate Education, for WSU Insider