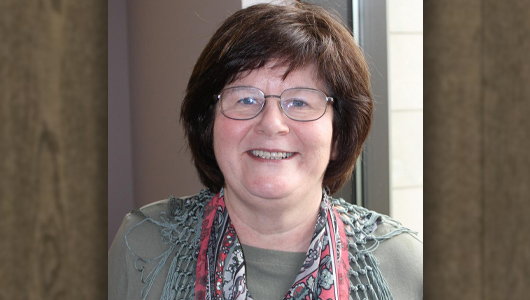 The director of the Office of Chief Information Officer for the State of Washington, who studied history at WSU, has a reminder for everyone who works in technology: “If you don’t understand history, you’re bound to repeat it.”

Sue Langen ’78 may work on the fifth floor of a huge office building in downtown Olympia, but she’s completely down to earth. Making technology work for the people of the state, she says, is a matter of both pride and ethical responsibility.

“It’s the taxpayers’ money,” she says. “Technology has to meet a need. What you invest in tech can save time that you can invest elsewhere, but it is also taking resources so, coming from human services, tech is about a child that gets fed, a foster kid finding a home, a vulnerable adult receiving care.”

After years in the health and human services sector, mostly in Virginia and North Carolina, Langen is back home in Washington, bringing her analytical and critical thinking skills to bear on some of the state’s biggest IT projects—including her alma mater’s IT modernization initiative.

Langen and her team have oversight for all major IT projects in the state. What defines “major” is a complex calculus involving factors such as cost, timeline, the experience of project managers, and what might be called the change quotient: “How much change is your project asking staff or consumers to absorb?”

Langen says that studying history in “the Athens of the Palouse,” as one of her favorite professors, Raymond Muse, called Pullman, was a dream from the time she “was in fourth grade. I fell in love with history and I fixed in my brain that WSU had the best history department in the state.”

Her education taught her to see how projects—like civilizations—evolve over time. “I have the global view of an analyst,” she says, and uses her position to make sure people benefit from lessons learned in previous projects.

She says that her 40 years as a public servant are born of a “deep dedication to giving back.” She pauses for a moment and then adds, “State government takes an amazing amount of work!”

Langen muses on the importance of an efficacious state government. From roads and parks to health insurance, “all areas of the state and the people who live here are touched by technology.”

Langen also has a historian’s love of people and the world and she hasn’t held back in exploring that love. She’s visited all seven continents at least once. She checked a couple bucket-list items off earlier in life: a trip to Athens to see the wonders of Ancient Greece, including Mount Olympos, and the pyramids of Egypt. Later came penguins in Antarctica and elephants in Tanzania.