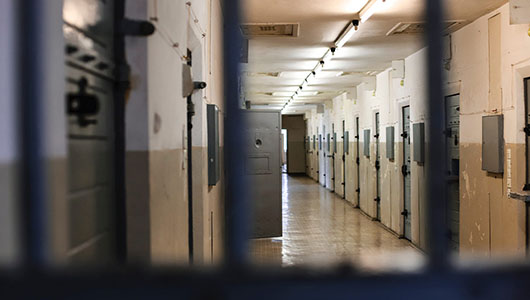 The First Step Act signed into law late last year is designed to create a path to release for prisoners convicted of non-violent drug offenses. The prisoners earn credit for good behavior and are issued a risk profile based on a number of factors. That’s where WSU’s Zach Hamilton and Alex Kigerl come in.

Hamilton received a phone call earlier this year from the National Institute of Justice, requesting his expertise for one of the key components of the First Step Act’s implementation.

“The FSA recognized there is a population in prison that is non-violent,” said Hamilton, an associate professor. “The goal is to release non-violent offenders to communities in ways that are as safe as possible. We created a risk assessment that increases credit given for good behavior and other factors that predict they would be successful in re-engaging (in communities).”

Hamilton says the FSA was necessary due to the fallout from the “war on drugs,” which led to prison populations quadrupling over the past 30 years. The bill had been under consideration for several years before gaining traction last year thanks to bipartisan support.

Kigerl joined the project at Hamilton’s request, lending his quantitative methods and database programming expertise. As a WSU graduate student, Kigerl worked with Hamilton on a project with the Washington Department of Corrections. He became a full-time colleague when he was hired as an assistant research professor in 2014 and the two have collaborated often over the past five years.

Kigerl said working with the federal government was a new challenge, but the results were gratifying.

“It was a different level of security – they mailed me a laptop to work on and I had to log into their remote servers,” Kigerl said. “We worked on the risk assessment and the needs assessment, so there was a custom score assigned to the inmates based on their violence levels and risk of recidivism. That determines where they go, the treatment levels and supervision needed.”

In July, the Department of Justice announced the release of 3,100 inmates and introduced the Risk and Needs Assessment Tool – PATTERN, which Hamilton and Kigerl were paramount to designing.

“As required by the FSA, PATTERN contains static risk factors (e.g. age and crime of conviction) as well as dynamic items (i.e. participation or lack of participation in programs like education or drug treatment) that are associated with either an increase or a reduction in risk of recidivism,” the release reads. “The PATTERN assessment, modeled specifically for the federal prison population, achieves a higher level of predictability and surpasses what is commonly found for risk assessment tools for correctional populations in the U.S.”

Top photo: From WSU Insider. In July, the Department of Justice announced the release of 3,100 inmates and introduced the Risk and Needs Assessment Tool – PATTERN, which Hamilton and Kigerl were paramount to designing.

By Todd Moredhorst, Office of the Provost, for WSU Insider