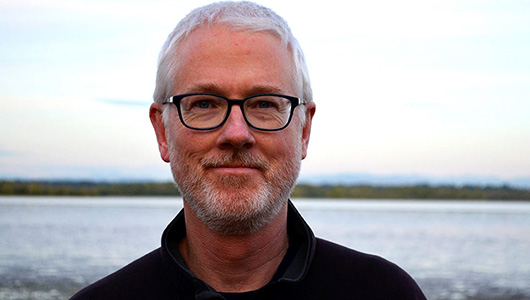 Professor of English Peter Chilson is one of five Idaho writers recently awarded an Idaho Commission on the Arts Fellowship. Chilson lives in Moscow, Idaho, and has taught writing and literature at WSU for two decades. He is working on a new literary nonfiction book project about the history of immigration in one American town.

The ICA announcement states, “The awards, given every two years, recognize outstanding writers, honoring work deemed to exhibit the highest artistic merit during peer review. Applicants were reviewed anonymously in a highly competitive process by panelists from out of state and were judged solely on the basis of existing work and professional history.”

He has written three books on Africa, including We Never Knew Exactly Where: Dispatches from the Lost Country of Mali. His most recent book is the travel writing guide, Writing Abroad: A Guide for Writers (co‑authored with Joanne Mulcahy).