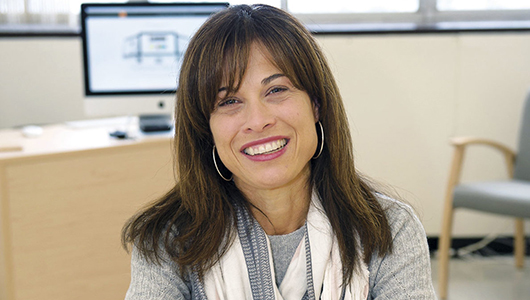 Christen is a professor of Digital Technology and Culture Program and the director of the Center for Digital Scholarship and Curation at Washington State University. The center develops collaborative projects between scholars, students, and diverse community members, with an emphasis on ethical curation and equitable access. One of the projects is the co-curated and managed Plateau Peoples’ Web Portal, a trove of Native American culture and a resource for teachers and community members working together to revitalize Native languages and cultures.

Christen prefers the term revitalization to preservation because, she says, “preservation conjures the idea that these materials and languages are not ongoing, critical parts of living cultures.” The word also invokes a past in which the U.S. government simultaneously sought to document disappearing Native languages while, “at the same time, they were promoting genocide.”

That, says Christen, was “a perverse notion of preservation.”

Native children were forced into boarding schools that engaged in a brutal program of assimilation. Speaking a Native language was forbidden. Since languages “carry religious knowledge, knowledge of kin and knowledge of place,” Christen says, these policies enacted cultural violence and traumas that extend to the present.

Language revitalization is not as simple as signing up for a French class. You can’t really learn the full extent of an indigenous language except through social and cultural immersion, Christen says, because “words come from the landscape and from relationships,” from the accumulated knowledge that results from living in and being related to a place for many millennia.

Christen and her colleagues work with Native teachers to create curricula that “get the students out there on the land so they learn not just the language but the knowledge that goes with it. Indigenous communities are asking, ‘How do we use our language to empower the next generations to extend knowledge, to build relationships and to define how we want to live with the environment and others?’”

The trauma of historical events, such as the experience of Indian boarding schools, can be retriggered by something as seemingly benign as a photograph of an old building.

“For years,” Christen says, “the policy was digitize first and have a takedown policy.” But she and her team have a “purposeful workflow that respects Native knowledge and what should be shared.” When a batch of old lantern slides depicting buildings at a boarding school in Oregon were uncovered in the WSU library archives, Christen shared the images with Native elders. There was an outpouring of emotion as memories were relived. But, eventually, the Native collaborators decided to digitize the images, and add contextualizing material.

“So now, when you look at the interior of this boarding school bakery, you also hear Umatilla elders talking about what they were forced to eat, how they lived and survived. It’s this whole other way of educating and reanimating the place that values Native knowledge.”

And that, Christen says, is a way of finding a new path that consciously avoids recommitting the violence of the past. Especially at a land-grant university situated on Native land, we must acknowledge that history, take responsibility, and “chart a different path” by “bringing together Native community members with researchers and taking the time to ask, ‘How do we not do this this time?’”

Top photo: Kim Christen, professor of English and the director of the Center for Digital Scholarship and Curation at Washington State University (Photo Shelly Hanks)