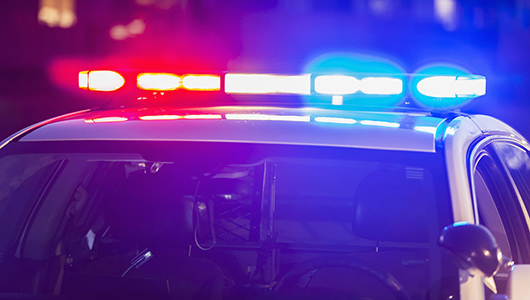 A new study by WSU criminal justice researchers found increased drugged driving, greater youth access to marijuana, and insufficient officer training are a few of the concerns expressed by police officers in the first state to legalize recreational cannabis sales to adults. While the officers did not support recriminalization, they noted several issues with the implementation of Washington state’s 2012 law legalizing cannabis.

Researchers evaluated the effects of legalizing cannabis on the state’s law enforcement efforts and said the experiences of Washington officers could help inform other states’ efforts to address legalization. The study was published in the Justice Evaluation Journal, a publication of the Academy of Criminal Justice Sciences.

“The trend both nationally and internationally is toward greater decriminalization, medicalization and legalization of cannabis,” said Mary Stohr, professor of criminal justice and criminology, who led the study. “Because this represents a significant policy shift in the war on drugs, which focused on the volume of arrests and prosecutions of marijuana use and sales, it is imperative that we listen to the voices of police in a state like Washington for insight into areas of impact.”

For the study, researchers held focus groups with a total of 48 police officers from nine police, sheriff and tribal agencies around Washington in 2017 and 2018. Officers came from rural, suburban, urban and college agencies as well as agencies with statewide jurisdiction and a Native American tribe. While the officers represented a mix of ages, genders, races and ethnicities, years on the job and types of experience, most were white males with more than five years of experience in police work.

The officers were asked questions to attempt to determine how marijuana possession was handled by the police prior to, and after, legalization; whether and how officers’ jobs have changed since legalization; and whether legalization has made things easier or more challenging for police agencies.

The study found that while police officers were not necessarily opposed to the law, they expressed concerns about a variety of issues, including:

When asked to provide guidance for agencies in other states that would soon operate in a legalized environment for marijuana, the officers called for broad public educational programs, emphasizing juveniles and drivers, and how the law affects them; more research on the effects of cannabis and impairment from the drug; and expanded officer training, especially on the regulatory rules governing growing cannabis. They also suggested that base pay for officers be increased, given the increasing role they play now that cannabis is legal.

“The purpose of our study was to add a key stakeholder’s voice to the conversation—that of police officers,” said Craig Hemmens, WSU professor of criminal justice and criminology who coauthored the study. “Officers in other states may find their thoughts useful as they transition to legalization.”

In terms of limitations, the authors said that while the group of officers they interviewed was robust, their findings are not necessarily generalizable to all law enforcement officers in Washington. In addition, the authors noted the tendency of focus group members to censor their comments because they were with fellow officers.

Top image: Stock image of a flashing lights on a police car.