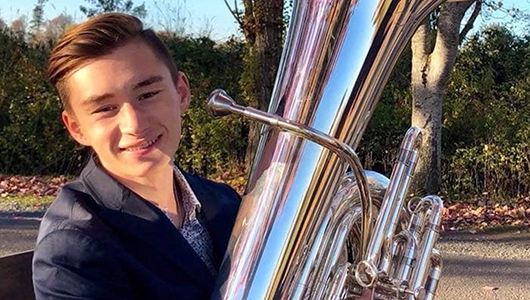 He was one of five finalists from a national pool of applicants for the online competition. Timothy performed an impressive program of music originally written for tuba as well as transcriptions. Major repertoire included Edward Gregson’s Tuba Concerto and the Fantasy for Tuba by Malcolm Arnold.

“This is an enormous accomplishment for this up-and-coming performer,” said Chris Dickey, clinical associate professor of music at WSU. “As Timothy’s private teacher, I am so proud of what he has done. I knew he would do well because of his constant devotion to tuba and music making. He is most deserving of this honor. ”