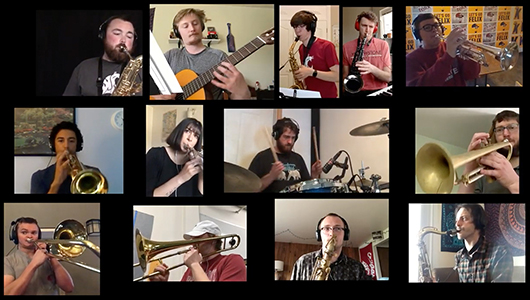 The WSU Jazz Big Band isn’t letting the global pandemic get in the way of delivering excellent big band entertainment. The award-winning group, directed by Regents Professor Greg Yasinitsky, put technology to the test to produce a video of the aptly titled composition, “Flatten That Curve.”

In addition to the quality of the music, what makes the performance fascinating to watch is the fact that the band members recorded their parts and video individually using whatever technology they had available. Yasinitsky then mixed, mastered, and assembled the performance video.