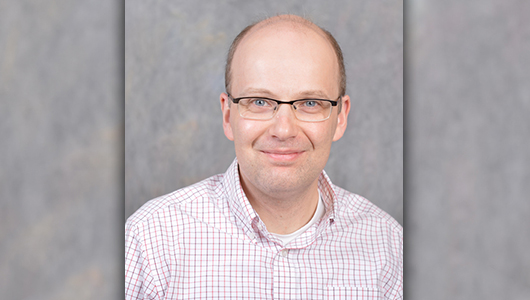 A national expert on political advertising and campaign finance, Travis Ridout will begin on July 15 a four-year term as director of the School of Politics, Philosophy, and Public Affairs (PPPA).

Now the Thomas S. Foley Distinguished Professor of Government and Public Policy, Ridout joined the WSU faculty in 2003. Since then, he has taught a wide range of courses, including American politics, elections, media and politics, political behavior, research methods, and statistics and has supervised 10 graduate students. He also authored or coauthored three books and more than 60 articles, papers, and book chapters and served as a principal investigator on grants totaling more than $750,000.

Ridout cofounded and codirects the Wesleyan Media Project, a research group that has tracked all political advertisements aired in the United States since 2010. His studies of political campaigns, political advertising, and campaign finance have appeared in leading political science journals in the U.S. and U.K. and in numerous books about politics.

He is a Foley Institute Fellow, former chair of the American Political Science Association’s section on political communication (2014–16), and a member of the Humanities Washington Speakers Bureau.

“Dr. Ridout brings a wealth of experience to the role of director,” said Matthew Jockers, dean of the College of Arts and Sciences. “I look forward to working with him to advance the school’s outstanding record of teaching, research and service and to continue building the college’s interdisciplinary strength,” he said.

“I believe the world is hungry for the type of analysis and interpretation of the contemporary world that political scientists and philosophers can provide,” Ridout said. “A lot of exciting, relevant research and excellent teaching is already going on in PPPA, and I look forward to sharing our school’s story more widely, both at WSU and beyond.”

Outgoing PPPA director, Professor Steven Stehr, served nearly four years as interim director and then director of the school. He will resume his faculty post, continuing to teach and conduct research in topics of public policy and its role in society and government.

By Adrian Aumen, College of Arts and Sciences, and posted at WSU Insider